A nationwide rise in design for projects that have it all has some of its most prominent highlights in California, where mixed-use developments are changing to meet the lifestyle, investment and density demands of the moment.
Many of the country’s largest projects encompass multiple uses, offering investors opportunities for diversification and residents a more multifaceted environment. 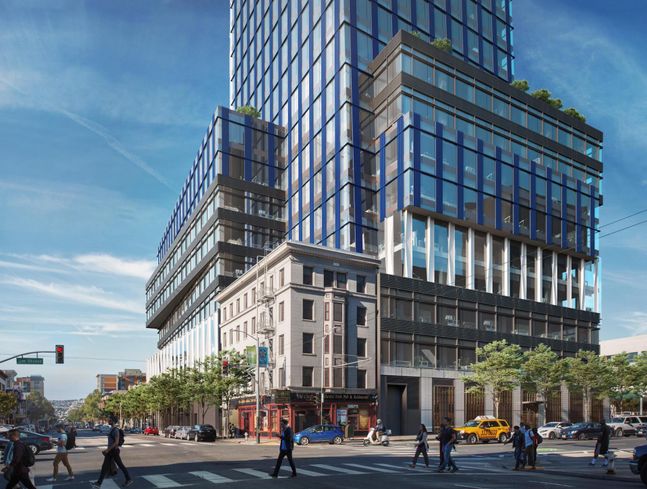 “A thing that unites [different markets] is the notion that major developments have to be mixed-use,” House & Robertson Architects principal Douglas Robertson said. “That’s not the case in every single instance, but there is a strong tendency in the market to have housing, office, retail, destination dining either in the vertical stack in the classic mixed-use tower or in a campus-type situation.”
Enjoying some of the strongest economic growth in the country, Houston has seen its fair share of mixed-use projects, including one in the works by developer McNair Interests and involving House & Robertson Architects. That project, at 3200 Post Oak Blvd., will include a hotel, rental apartments, condos, a separate office tower, amenity retail and 10 stories of parking, said Robertson, a panelist at Bisnow’s upcoming Bay Area Architecture and Design Summit.
Though projects like McNair’s represent most of what mixed-use developments can offer, a need for so much space for parking, which drains developers’ budgets and represents added congestion, differs from developments in San Francisco and, to a lesser degree, even Los Angeles, he said.
San Francisco and certain neighboring Bay Area cities have seen a rise in transit-oriented, mixed-use projects that has dovetailed with relaxed parking requirements for developments. San Francisco as a whole eliminated parking requirements for developments starting last year, while Oakland has done the same in its downtown, and is allowing developments like Panoramic Interests’ project in West Oakland (which has over 1,000 units and 59 parking spots).
Without the same public transit infrastructure, Los Angeles and its car culture can’t go nearly that far, but the city is finding ways to use less parking in its mixed-use projects, Robertson said. Many developers in the area have started considering automated-garage products like Auto Parkit, which can offer parking capacity with much less space than a normal parking garage. 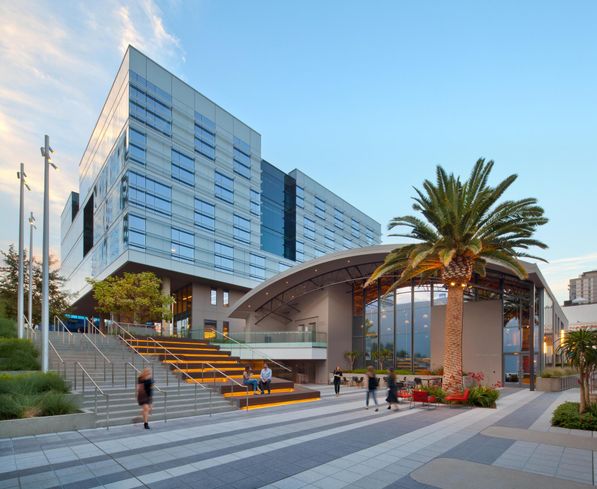 Even with lots of parking included, mixed-use developments have still been attractive investments in lots of areas, often based around sprawling, Silicon Valley-style office campuses and all they can offer.
Right down to the open floor plans rampant throughout Silicon Valley, cities like Boston and McLean, Virginia, have followed the Bay Area’s lead, Heller Manus Architects President and Chief Financial Officer Eric Lundquist said.
“Other communities are looking at these tech buildings, understanding how the occupancy works, how their laid out, and they’re borrowing a lot of the attributes,” he said. “You’re starting to see stuff that looks like it could have just walked right out of Silicon Valley.”
On a micro level, a mixing of uses has proliferated out of the Bay Area interior designs as well, according to Studio O+A co-founder and principal Primo Orpilla, whose San Francisco-based interior design firm has worked with Microsoft through various office projects.
A millennial tendency to put in longer work hours is related to a desire to have one’s workplace and home near each other, Orpilla said. Within workplaces, that tendency has manifested in the ubiquity of “resimercial” design, which incorporates living room furniture and other residential trappings into the workplace.
“I’d never done residential projects before until the last five years, until, especially in the Bay Area, they started realizing that millennials like the look and feel of some of the spaces we’re building for these tech campuses,” Orpilla said.
Based out of the firm’s San Francisco office, Mithun partner Anne Torney has seen what would previously be thought of as single-use spaces require design for a mix of uses. Student living is no longer just student housing but also study spaces, dining or other uses, especially on the lower floors, she said. “It feels like every project is in some way mixed-use,” Mithun said. 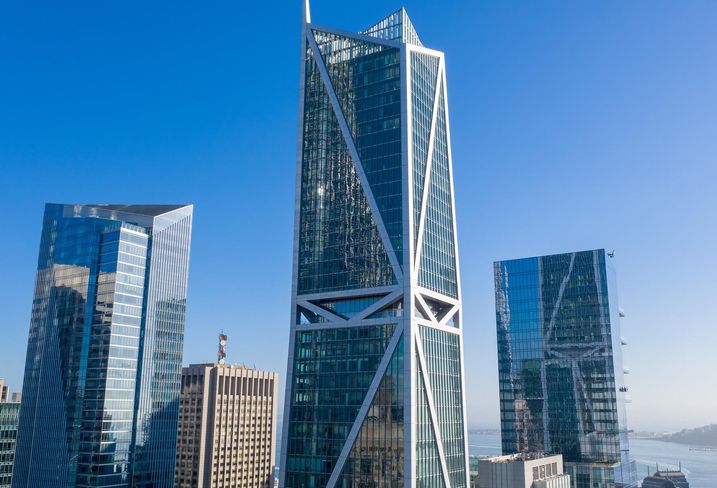 On a grander scale, having a wide mix of uses within one project or district promises convenience that residents, employers and cities as a whole are increasingly appreciating. San Francisco’s new Transbay District and its medley of office, residential, retail and other uses is one other cities may emulate, Lundquist said.
“The Transbay District is being looked at by other cities,” he said. “The idea of a district that is basically funded by the buildings that got put around it, and that fact that it is so successful, has turned a bunch of people’s heads.”
Heller Manus Architects designed 181 Fremont St., a 55-story tower offering both luxury residences and offices for Facebook-owned Instagram, and one of several mixed-use projects going up or already up in the Transbay area.
Robertson, whose firm worked on Brookfield Properties’ 5M SF mixed-use project in San Francisco and was executive architect on Columbia Square in Hollywood, said there are risks unique to mixed-use projects, including uses potentially negating each other.
“If you stack everything in a building, you need to be really smart about how you deal with each of your stakeholders,” he said. “Getting those minds to meet is how smart developers have made that project type successful.”
Robertson also points to a potential downside of mixed-use sites becoming their own islands, citing an analogy made by architect and OMA partner Shohei Shigematsu of traditional cities as family-style meals and mixed-use-laden ones as bento boxes.
Still, he said good planning and design can combat both issues and result in successful projects, like Columbia Square, and auspicious ones, like 5M.
At any rate, more mixed-use projects are to come, according to Robertson.
“There seems to be a real strong movement in the market that happened in a big way about five years ago,” he said. “And it doesn’t show signs of abating.”
By: BisNow
Click here to view source article