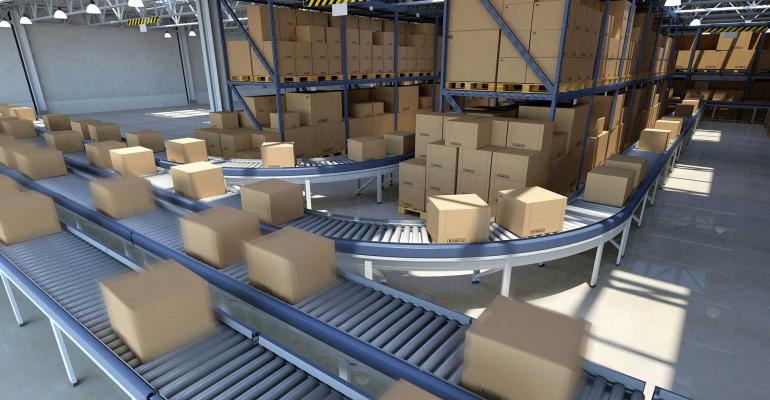 Demand remains strong and vacancy is close to its all-time low.
Anticipating a surge in online shopping during the holidays, e-commerce tenants are already prepared to handle the swell in orders, having locked in additional industrial space during the second and third quarters, according to Steve Schnur, executive vice president/COO at Indiana-based industrial REIT Duke Realty.
Online retail sales increased a whopping 30.1 percent during the first six months of the year, compared to the same period in 2019, from $266.84 billion to $347.84 billion, according to Digital Commerce 360 analysis by the U.S. Department of Commerce data.
Online shopping is expected to jump even more during the holidays, with software company Salesforce predicting that as much as 30 percent of all global retail sales will conducted online during the 2020 holiday season. A Statista survey found that nearly half of U.S. consumers plan to shop online during the period, reports Finch. What happens in the November election and whether there will be a new government stimulus package before the end of the year will also have an impact on online holiday sales, according to Pete Quinn, national director for industrial with real estate services firm Colliers International.
At the beginning of the pandemic this spring, Duke Realty had paused speculative construction projects to focus on build-to-suits because e-commerce companies that were seeking space, like Amazon and Walmart, were having difficulty finding the type of space they wanted to lease, says Schnur. But today, demand for industrial space is so strong, the company has restarted spec development and 60-65 percent of product in the pipeline is already pre-leased.
This year has been unpredictable for retailers trying to get a handle on the right inventory levels, according to James Breeze, senior director and global head of industrial and logistics research at real estate services firm CBRE. So, retail occupiers of industrial space have increased their footprints to accommodate more “safety stock” and avoid disruptions due to lack of inventory.
“We expect this to be a major driver for retailers, wholesalers and 3PLs in the coming year, as occupiers keep more inventories on hand,” says Breeze, noting that industrial leasing transactions at the end of August averaged 277,000 sq. ft. for deals of 100,000 sq. ft. and above.
The average vacancy rate for the U.S. currently sits at 4.7 percent—only 30 basis points above its all-time low, according to CBRE. That’s in spite of the fact that more than 82 million sq. ft. of new product has been delivered to the market. In the second quarter, there was 117 million sq. ft. in new industrial leasing activity—surpassing the 100-million-sq.-ft. market for the 18th consecutive quarter. Average rents grew by 2.1 percent.
With more than 300 million sq. ft. of industrial space currently under construction there are no concerns about space shortages, except near population centers in large urban markets, which have little land to develop on, according to Breeze. He notes that core industrial markets—the Inland Empire, Dallas-Fort Worth, and Atlanta—have the most product under construction, but interior Southwestern markets with strong population growth, including Phoenix, Las Vegas, Salt Lake City and El Paso, Texas, are seeing significant increases in construction as well.
“The biggest challenge for users is clearly labor,” says Schnur, noting that warehouse tenants are aggressively recruiting workers by raising pay rates and adding amenities. Duke Realty is assisting them by providing outdoor recreational facilities, bike racks, charging stations, and space for a cafeteria or employee lounge.
Because e-commerce distribution is much more labor-intensive than traditional warehousing, availability of labor is also key in site selection, adds Breeze. “As the economy and job market improve and e-commerce sales increase, labor will be even harder to come by.”
Schnur notes that Duke Realty tenants are increasingly adding a conveyor system and automated sorting and robotic technology inside warehouses to overcome labor shortages, while utilizing human resources for jobs robots can’t do, like loading and unloading boxes on the outside. “This is the most effective model we’re seeing,” he says.
Tenants are installing their own technology, but it impacts industrial owner/developers in that they need to create infrastructure to support it, such as high-power electrical feeds and conduits required to handle the additional load.
Reverse logistics also represents a big opportunity for industrial property owners going forward, as retailers are just beginning to understand and address this problem. About 30 percent of merchandise purchased online is returned, compared to about 9 percent of in-store purchases, reports Invesp.
“Return logistics is putting a big strain on the system and is a tough nut to crack,” says Schnur, noting that some companies are beginning to specialize in handling returns. Duke Realty recently completed a lease deal in Nashville, Tenn. with Washington-based Optoro, which specializes in returns technology and has partnered with San Francisco-based Returnly, which focuses on the return experience, to provide retailers with a cost-effective, customer-friendly platform for handling return logistics.
Quinn notes that logistics providers and consultants are also beginning to offer such services to lower retailers’ costs as retailers remain focused on providing their customers with fast and reliable delivery while keeping supply-chain costs down.
Source: “E-Commerce Tenants Continue to Lease Industrial Space as the Holiday Season Approaches“