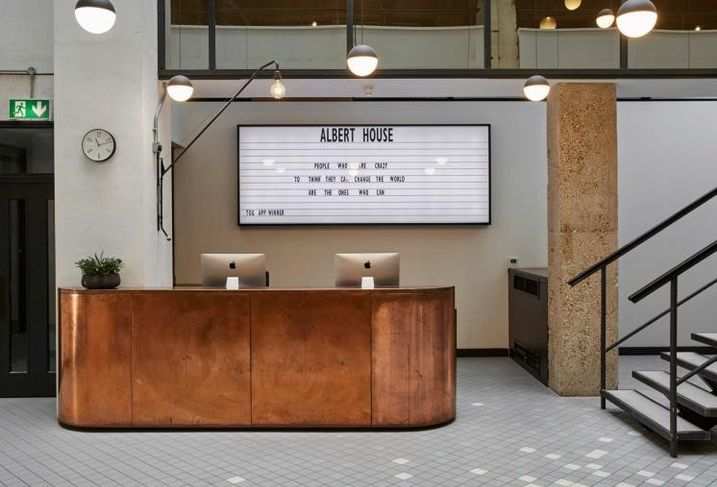 The ginormous losses unveiled by WeWork during its IPO process last year linger long in the mind. But new research shows that a large majority of flexible offices around the world are actually turning a profit.
However, how you configure your flexible office makes a big difference to revenue, according to the global annual flexible office benchmark report compiled by Workthere, the flexible office advisory brand of Savills.
Here are the key numbers from the report, which examined 64 flexible offices in Belgium, France, Germany, Ireland, Singapore, Spain, the Netherlands, the United Kingdom, the United States and Vietnam.
79%: According to Workthere, 79% of all flexible offices are profitable at an operating profit margin level. More than 50% of the offices it researched were marking an operating margin of 11% or more. Workthere defines operating profit as revenue minus operating costs. It does not include depreciation, amortization, interest paid on debt or tax in operating costs.
65%: Within flexible office buildings, 65% of the space is allocated to fixed offices, 25% to coworking, and the rest split between meeting rooms, fixed desks for individuals and communal space. But there is a mismatch that could be hindering profitability for operators.
“It appears that we are currently seeing an imbalance between profitability and the allocation of space,” Workthere Global Research Analyst Jessica Alderson said. “The average area assigned to private offices currently sits at 53%, yet it accounts for 65% of revenue, whereas coworking space accounts for 25% of space but only 16% of revenue.”
As the market matures, operators are likely to convert coworking space to fixed offices, she added.
1.5 Years: The amount of time the average flexible office takes to reach normalised occupancy. Only 14% of flexible offices that have been open for more than a year and a half are unprofitable, Workthere said. Survivorship bias played a part here: The ones that are unprofitable might have closed. Of the offices open for less than a year and a half, 38% are unprofitable.
81%: That is the average occupancy level of the offices it sampled, up from 76% the year before. That is the kind of level operators need to get to to hit profitability.
-2%: While most flexible offices are profitable, and demand is shown by the fact that occupancy increased last year, prices are falling for operators. The average price for a fixed desk fell 2% last year, coworking desk prices fell 5% and meeting room prices fell 7%, all as a result of quickly increasing supply.
15: The average size of a company that occupies space in a flexible office is 15 people. Startups of two to 20 people occupy half of all flexible office desks, whilst corporates of more than 100 people occupy 13%. The average member life span is one and a half years, with a range of five months to five years.
By: Mark Phillips (BisNow)
Click here to view source article