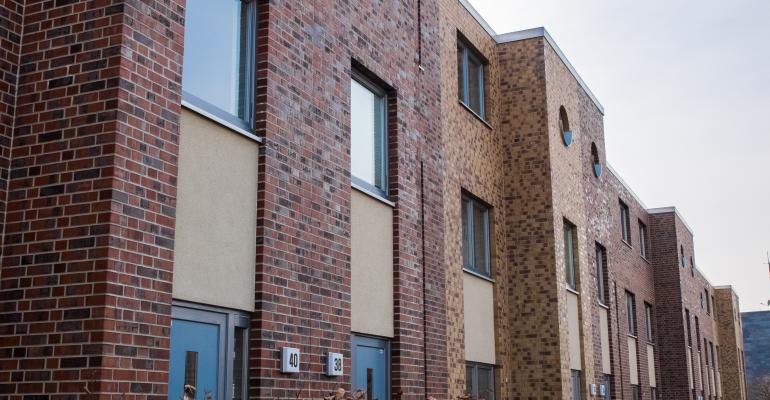 There is a major void in the workforce housing space: one that is impacting millions of Americans each year.
The traditional image of a renter household has undergone some changes over the last 10 years. Renter households are now drawing in those who are older, wealthier and with children. Developers have responded to this demographic demand shift by changing the supply that they’re bringing to market. Rather than continuing to develop a mix of affordable and luxury properties, they’ve shifted to luxury and single-family homes. This leaves a major void in the workforce housing space: one that is impacting millions of Americans each year.
According to Harvard University’s Joint Center for Housing Studies (JCHS), there are currently 43.3 million renter households in the U.S., which account for nearly 37 percent of all households, a number that is continuing to grow at an average rate of roughly one million per year since 2010. Of those renter households, almost half—21 million—are cost-burdened, meaning that their rent accounts for more than 30 percent of their income. Moreover, of those cost-burdened households, 12 million (approximately 28 percent) are spending over 50 percent of their income on rent.
Since 2000, there has been a 9 percent decline in class-B and -C multifamily units as a percentage of total stock. In 2001, 63 percent of new rental housing supply on the market was comprised of units priced below $1,100/month. In stark contrast, only 35 percent of new supply in 2016 was priced below $1,100/month. Moreover, newly built units renting for $1,500/month and above soared from 15 percent to 40 percent during the same period.
More recently, developers shifted their strategy to target the wealthier renter household demographic. Consequently, the median asking rent for newly completed multifamily units increased by 27 percent between 2011 and 2016, to $1,480/month, while the median renter income increased by only 16 percent over the same period. The share of cost-burdened renters continues to grow at an alarming rate.
According to JCHS projections, the number of renter households will increase by nearly 500,000 annually over the 10 years from 2015 to 2025. Within that growth, demand for lower income multifamily housing will continue to grow by an estimated 150,000 units per year. Yet, despite a clear need for more affordably priced housing, regulatory and construction cost burdens motivate developers to build mostly luxury housing, further shrinking its supply.
Construction costs are rising much faster than inflation, giving developers little economic incentive to build more affordable housing units. In fact, between 2012 and 2017, the price of developable multifamily sites spiked by 62 percent. Over the same period, the combined costs of construction labor, materials and contractor fees rose by 25 percent, far quicker than the general inflation rate of 7 percent. According to America’s Rental Housing Report 2017, which cites RS Means, the costs of building a basic, three-story apartment building increased by 8 percent from 2016 to 2017 alone. The report also states that tight land use regulations also add to costs by limiting the land zoned for higher-density housing and entailing lengthy approval processes.
However, we might soon see an increase in affordable housing units, despite the current state of the market. Because there is such a dire need to increase the supply of affordable housing units, the Federal Housing Finance Agency is now requiring Freddie Mac and Fannie May, which helps ensure a reliable and affordable supply of mortgage funds throughout the country, to increase mortgage financing for affordable housing preservation. In the first quarter of 2017 alone, Freddie Mac financed 159,000 multifamily units, 91 percent of which were affordable to families earning either at or below 120 percent of the area median income. Freddie Mac also offers bridge financing opportunities to help preserve affordable units through a new Low Income Housing Tax Credit Program (LIHTC) syndication and lets borrowers lock in borrowing costs for up to two years prior to a LIHTC re-syndication.
Fannie Mae financed 202,000 multifamily units in the first quarter of 2017, 85 percent of which were affordable. They also expanded their offerings for Green Financing Loans, which provide lower interest rates and loan proceeds when builders include green initiatives in their developments.
In New York City, developers are incentivized by the 421-a tax abatement program, or Affordable New York, to develop affordable multifamily homes on land that is “vacant, predominantly vacant or underutilized.” The use of this incentive is important given the general high cost of housing in New York, and more specifically, the lack of quality affordable housing.
Institutional and private investors alike are also recognizing the potential for strong returns in the acquisition of middle-income workforce housing communities. Due to their risk-adjusted profile, investments in the workforce housing space tend to outperform other market-rate products while offering inherent advantages over higher class luxury properties—particularly during economic downturns when renters become increasingly price-sensitive and seek out higher value propositions. As institutions continue to look for opportunities to invest in the current stock of workforce housing communities, developers might be more inclined to build them.
By: Elie Reiderz (National RE Investor)
Click here to view source article.
Back to News
6739 Academy Road NE, Ste 310
Albuquerque, NM 87109admin@carnm.realtor(505) 503-7807