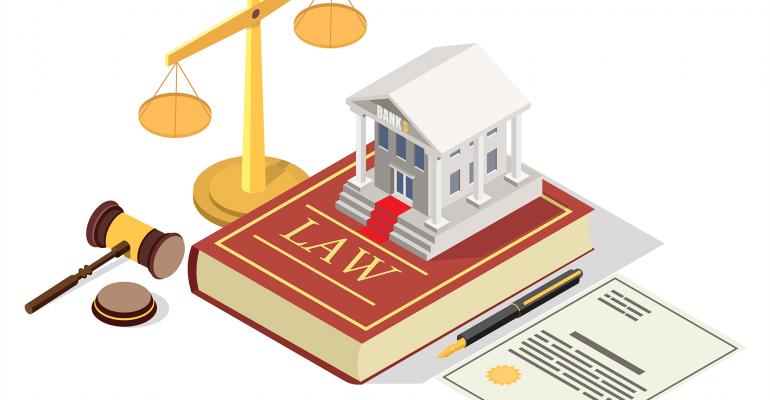 COVID-19 has further complicated an already complex adjustment to how banks have to account for potential losses on their balance sheets.
Banks and other financial institutions have griped about being inundated with new rules and regulations over the past decade. But for the new Current Expected Credit Losses (CECL) accounting rules—which went into effect at the start of the year for many public filers—the timing really could not have been worse.
The new FASB accounting standards are intended to provide a bigger backstop against losses associated with bad loans. Instead of recognizing a loss on the balance sheet when it occurs, the new rules require lenders using generally accepted accounting principles (GAAP) to calculate and recognize risk of potential losses at the time of origination. In addition, the risk of credit losses on existing loans needs to be periodically reviewed and updated based on current market conditions.

Even before the pandemic hit, the expectation was that the new rules would force lenders—especially banks—to increase reserves, which would take a bite into profitability. COVID-19 has further complicated the already complex adjustment, generating an explosion of potential loan risk that is raising the amount of cash financial institutions are required to stockpile.
New rules frequently create a ripple effect of unintended consequences. Two that industry observers are watching closely are the impact on banks’ profitability and their willingness to make new loans and provide critical liquidity to the market. According to Fitch Ratings, the broad impact on banks has so far been credit neutral. Banks came into the pandemic with strong capital levels, and their ability to absorb higher provision levels has been fairly reasonable, says Bain Rumohr, senior director, North American banks at Fitch Ratings. “What we will continue to look at is how strong or how durable core earnings are at banks relative to ultimate credit losses,” he says. Ratings agencies also are keeping close watches on the level of credit losses that filter through and what extent banks will be able to absorb those losses.

Specific to commercial real estate lending, the question is whether CECL rules could further constrain liquidity in the midst of a challenging economic environment. Lenders are now required to book reserves on day one of a loan based on the expected future lifetime losses on the loan. The reserve requirements create less incentive for a bank to extend credit and make new loans, because of the potentially large impact to profitability that they take upfront, says Michael Shepherd, director, North American banks at Fitch Ratings. At the same time, banks have tightened their underwriting standards and are less willing to extend credit due to the uncertain economic environment. “So, what we’ve seen is a pullback from lenders in terms of their willingness to extend credit,” he says. 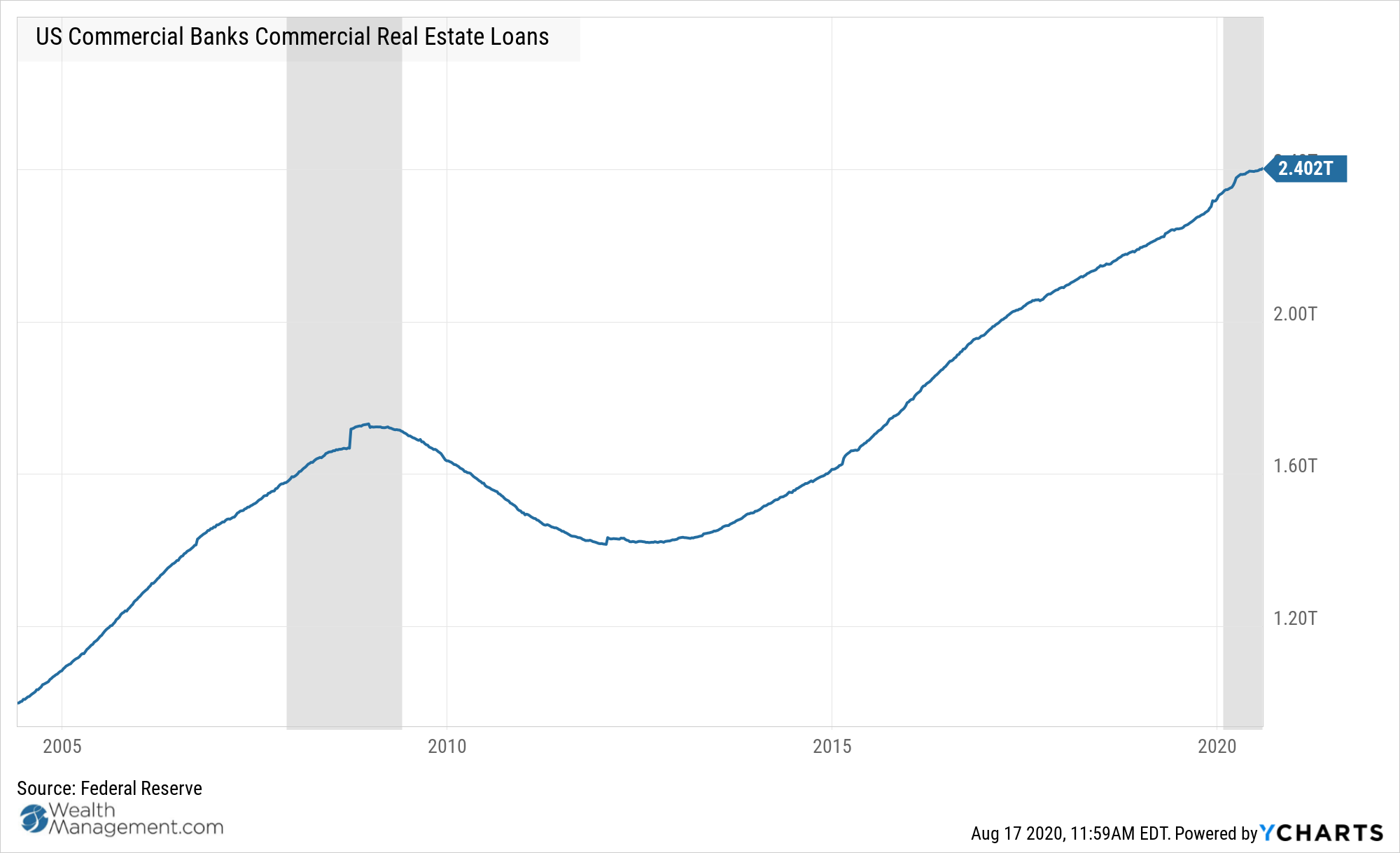 It is important to note that banks generally have healthy capital ratios and are not close to their regulatory minimum, meaning they are not constrained to extend credit from a capital standpoint, adds Shepherd. However, banks have been building up significant credit loss reserves in the first and second quarters to account for the new CECL rules. The build-up of those reserves has significantly impacted profitability.
For example, in its second quarter earnings call in late July, Bank of America CEO Brian Moynihan said that due to baseline projections that extend the length of the recessionary environment deep into 2022, the bank provided “substantial” additional reserves for expected future credit losses in second quarter that  impacted earnings. Bank of America has doubled its credit reserves from where they stood at year-end to $21 billion. The reserves were one of several factors that weighed on earnings for the company, which dropped to $0.37 per share versus the $0.74 per share the bank reported a year ago.

CECL rules officially went into effect in January for publicly traded SEC filers, including major banks, publicly-traded life insurance companies, mortgage REITs and government agencies. Non-SEC filers have a later start date of January 2023. Concerns about negative impacts from CECL prompted Congress to include a provision within the CARES Act that gives banks the option of delaying implementation of CECL standards until the end of the pandemic or December 31—whichever comes first.
The Mortgage Bankers Association has been working to level the playing field regarding relief for all financial institutions.
“We were concerned because the way the CARES Act was crafted it only applied to depository institutions, and we could see no reason why other financial institutions should not be treated in an equivalent fashion,” says Bruce Oliver, associate vice president of commercial/multifamily policy at the Mortgage Bankers Association. Non-depository financial institutions, such as life insurance company lenders, were not included in the option to defer implementation.
The MBA did reach out to FASB to request that non-depository institutions be given the same option to defer, and FASB declined to make that change. The MBA, along with several other lending industry associations, also sent a joint letter to members of Congress on July 29th urging them to extend the option to delay CECL implementation to non-depository institutions. For those who take the option to delay, the CARES Act provided a 60-day grace period of resuming reporting from the end of the pandemic. The letter also requested more time for all institutions to resume CECL compliance. Although there is some legislation pending that would extend the option to non-depository institutions, nothing as of yet has been approved.
The option to delay may end up being a moot point as most institutions appear to be moving forward with implementation. Financial entities on the whole have not taken advantage of that option to push pause and instead have moved forward with implementation. The CARES Act didn’t actually give lenders much relief as it only delayed the inevitable and created more work in the future by forcing banks to go back and restate financials, notes Shepherd. However, it is unprecedented that Congress got involved in FASB’s accounting standards process, which speaks to the magnitude of the CECL changes, he says.

Lenders face a challenging task of assessing “lifetime” loan risk during a pandemic when there is still rampant uncertainty on the shape of recovery and shifts in demand for commercial real estate. In addition, the massive government stimulus could be delaying negative impacts to commercial real estate and potentially offsetting some of those potential loan risks. “So, that does make it really hard to tell what credit losses will be down the road,” says Shepherd. Despite the significant increase in credit loss reserves, there has been only a slight uptick in actual loan losses, he adds.
Even without CECL, banks would have moved to increase their loan loss reserves given the elevated risk to loans in the current COVID-19 environment. However, the increase in loan reserves would not have been nearly to the same extent as what has been required under the CECL rules. CECL forces lenders to look out much further in terms of the timeline and estimate the lifetime credit model, versus the old model where banks would generally take a shorter view of one to two years for estimating potential loan losses.
The pandemic may turn out to be an extreme test case to show how effective CECL rules are in creating adequate reserves for loan losses. “The only thing we know with any degree of certainty is that the estimates for loan losses are going to be wrong, whether they are too high or too low. We don’t know what the actual losses will be, and we won’t know that for some time,” says Shepherd.
The MBA also has appealed to key regulatory agencies, including the Board of Governors of the Federal Reserve and the Office of the Comptroller of the Currency, who have real-time visibility into financial institutions, asking them to be diligent in reporting on unintended consequences that they observe, adds Oliver. CECL rules are not set in stone. So, depending on how implementation proceeds, FASB could make some modifications to the new accounting standards prior to the second phase of implementation in 2023.
Source: “New CECL Rules Could Further Constrain CRE Lending”