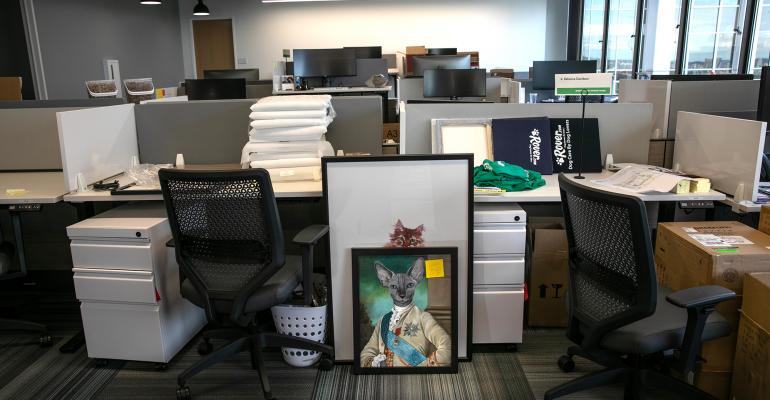 While brokers don’t believe the office is going away, they expect the challenges presented by the pandemic to last into next year.
The office sector remains in a tough spot. The pace of workers’ return to offices varies tremendously across the country at the COVID-19 pandemic remains far from contained in multiple states. There are big questions as to what the density of office spaces will look like in the long term and how many jobs might be permanently shifted to work-from-home positions. Throw in increased political volatility, marked by ongoing anti-racist protests around the country, and it’s a difficult moment to be an office broker.
“Civil unrest and politics, coupled with COVID-19, bring unknowns into the equation on economic rebound after a global shutdown,” says Robert Cleary, Boston-based senior vice president specializing in the office sector with real estate services firm Colliers International. Cleary was a participant in a recent survey released by the Society of Industrial and Office Realtors (SIOR). The sentiment survey for the first quarter of 2020 showed that its office index fell by 29 percent compared to the year-ago period. The index looks at indicators of investment sales, leasing and development activity, based on a survey of SIOR members. Office brokers throughout the country note that there is still a lot of uncertainty about what the office sector will look like after COVID-19, although leasing and investment sales activity are already slowly coming back in some areas.