In the wake of the WeWork debacle, landlords rethink how they should handle co-working operators. 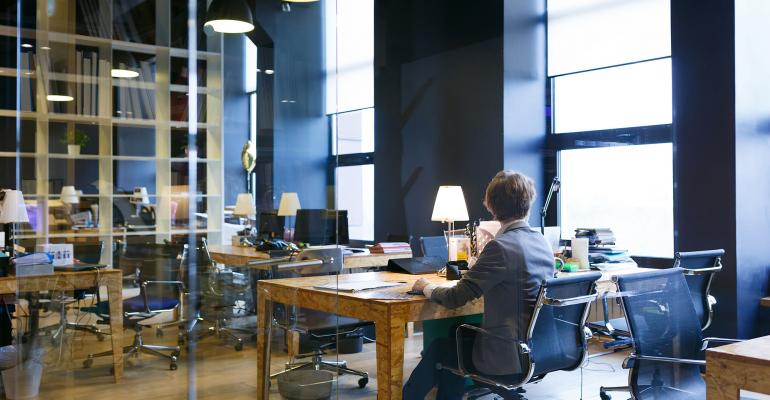 Since SoftBank took control of the troubled coworking giant WeWork last year, landlords worldwide have been concerned that the company would downsize or exit its spaces altogether.  This was especially true for landlords that allowed leases to be negotiated under the operator’s holding company, potentially placing them on the hook for free rent and tenant improvement (TI) costs.
So far, SoftBank has honored WeWork’s commitments, but paused further expansion, while developing a five-year turnaround plan aimed at achieving profitability in the near term. This may include selling its New York headquarters building, as Amazon is reportedly in negotiations with SoftBank to acquire the former Lord & Taylor store, which WeWork had acquired to house its offices before its growth plans unraveled.

In the meantime, landlords are considering their response should WeWork default on leases, and WeWork tenants are actively evaluating other flex space options, says Mark Gilbreath, founder and CEO of Liquidspace, a real estate technology platform that matches office users with vacant space.
With WeWork out of the growth equation, the average size of co-working leases fell by 38 percent in the last quarter of 2019, reports real estate services firm JLL. JLL forecasts conservative to moderate growth among co-working operators going forward and greater diversification in co-working franchise models.

WeWork accounted for 49 percent of co-working sector leasing activity over the past three years, according to Scott Homa, senior vice president and director of U.S. office research with JLL. But other operators are growing market share given the company’s pause in new leasing.
Homa notes that Regus is aggressively pursuing a franchise model and other venture-funded groups, like Industrious, are pushing a new, collaborative business model that provides revenue sharing and other benefits to operators, such as lower start-up costs and the elimination of long-term lease liabilities.
Similar to the model used in the hospitality industry, rather than completing lease agreements, major office owners are forming management agreements with select co-working brands to operate co-working and flex space in their buildings, Home says.
“Management agreements align the interests of landlords and operators,” he notes, adding that the model eliminates the quasi-competition that previously existed between landlords and larger co-working operators. Management agreements typically protect landlords’ financial interests by providing them with the greatest revenue share upfront to recoup their share of TI investments and incentivize the co-working operator to quickly grow occupancy.
While every deal is unique, Homa says that management agreements are typically structured as a “waterfall” arrangements: once a building hits market rent and/or a specified occupancy level, the revenue-sharing split for the co-working operator increases.
Industrious, for example, has formed management agreements with about 40 large office owners, according to Jeff Johnson, Industrious vice president of sales.
Still, management agreements require a “leap of faith on the part of landlords,” says Homa. They are betting on incubating new tenants in the flex space, which they hope will eventually convert to long-term, conventional leases.
JLL also predicts that flex operators opting for traditional leases over management agreements will prioritize value going forward, taking space in class-B and class-C office buildings and repositioned warehouses, rather than in highly-priced trophy assets.
By: Patricia Kirk (NREI)
Click here to view source article