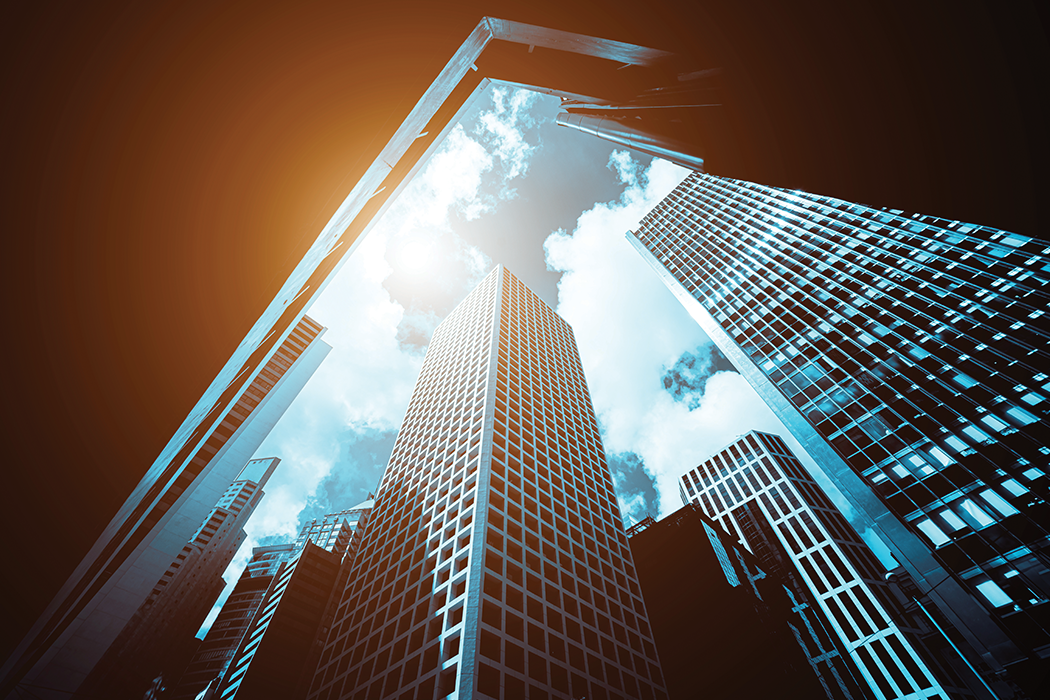 Brokers Readjust Their Thinking in a Post-Pandemic Market

Office and industrial properties present a tale of two markets, post-pandemic. On the one hand, the industrial sector has exploded, as providers of product continue to ensure that grocery shelves remain stocked while keeping pace with the accelerated demands of e-commerce. On the other hand, the pandemic is forcing office occupiers to pause and rethink their space needs, even to the point of downsizing to the relatively open spaces of the suburbs with renewed interest.

Like market conditions themselves, the result is clear: as Chicago-based David Liebman, SIOR, designated managing broker for Merit Partners LLC says, brokers now need to get into a new head space to “understand what exactly their clients want, to a greater degree than ever before.”

WORKING A LANDLORD’S MARKET
Manufacturers of virtually all products were, like the rest of the world, caught off-guard by the sudden onset of the virus, hence the suddenly empty store shelves. They scrambled to redefine their inventory strategies and ensure product—and the space to store them—were sufficient for the demand. Simultaneously, a spike in internet sales drove the need for distribution centers and put last-mile delivery front and center. “Companies have really changed the way they distribute their products,” says Pete Quinn, SIOR, national industrial sales director for Colliers in Indianapolis, Ind.

Indeed. At the end of what his firm dubs “a record year,” he shared that occupancy gains totaled 273.1 million square feet, almost 19 percent higher than a year ago, and projected that “2021 is already shaping up to be another steadfast year.”

According to Gary Ralston, SIOR, one of the major trends that COVID-19 accelerated is going to be a greater emphasis on last-mile locations for eager consumers who expect their online orders today. (CNBC, quoting Labor Department statistics, put the increase in online sales at 30% for the first half of 2020 alone.)

“It will change industrial in a meaningful way,” says the Lakeland, Fla. managing partner of SVN | Saunders Ralston Dantzler Real Estate. “We’re going to see more focus on space closer to the consumer to address that last mile.” He adds that spaces, formerly occupied by big-box retailers hit hard by the pandemic, will find new purpose with “people like Amazon and Walmart.” But despite the number of shuttered retail stores, industrial uptake is not a slam-dunk in a market with dwindling availability.

One creative solution is the increased popularity of B and C industrial spaces, older facilities passed by as obsolete . . . that is, before the space crunch. In fact, fueled by tax breaks and local incentives, Amazon leased more than 22 million square feet of warehouses in the Chicago area alone in 2020, a presence that put a serious squeeze on other potential tenants. The mega-player has single-handedly “skewed the industrial market in its favor,” says Liebman, “so a lot of class A space is now off the market.” In what he calls the trickle-down effect, those other users now “have to resort to Class B spaces.”

And, no surprises here, regardless of the classification, rates are going up. Colliers puts the asking-rate increase year-over-year at 4.5%.

“The cost of real estate has gone up everywhere in the country,” says Quinn, “but particularly in areas that historically have been significant distribution points, like Southern California, the I-81 corridor in New Jersey and in Chicago.” What’s more, it is tough to “negotiate for a lot of incentives right now.”

Liebman agrees: “High demand and low vacancy epitomize the industrial market.” Whereas equilibrium would put vacancy at roughly 6-7% in the Chicago Metro market, “in some local submarkets, it’s now down to 3%.”

But understanding what all players want out of a deal can open pathways through a tight market. Liebman tells of a client with an above-standard tenant improvement (TI) demand due to the increased sprinkler capacity they needed for rubber-tire storage. The asset was in a 252,000-square foot warehouse with a 32-foot clear height. But the all-in extra cost of the added drop ceiling and sprinklers was an additional $610,000.

Knowing both the needs of the tenant and the landlord, Liebman found the owner willing to ameliorate the extra cost with a minimal uptick in rent. “The landlord was very eager to lease it to a high-credit tenant,” he says, especially because it was a smaller spec building in the submarket, with less activity in the face of its larger competition. “The owner took most of the TI hit to get the cash flowing on that property.” Which was important not only on its own account but also for a planned recapitalization of the owner’s portfolio, which included this “market outlier” in the bundle. “It was a win/win.”

Let’s face it. One way or the other, market conditions today boil down to two essentials. First: “Do your homework,” says Quinn.

The cost of real estate has gone up everywhere in the country, but particularly in areas that historically have been significant distribution points, like Southern California, the I-81 corridor in New Jersey and in Chicago.

Second, it is all about finances. And isn’t it always? Ralston gets us down to brass tacks: “We’ve found that in tight markets, if there’s competition for the space, a tenant who would pay a little more and do a little longer lease term goes to the front of the line.”

THE CHALLENGES OF A TENANT’S MARKET
Of course, the same is true in all markets, although in the beleaguered office market of early 2021, landlords’ bar is pretty low. Office market activity too was “unprecedented,” but not in a good way, says JLL: “Gross leasing in Q4 was once again heavily subdued compared to historic norms, reaching just 25.2 million square feet, bringing 2020 volumes to 125.6 million square feet. Compared to 2019, this represents a 47.3 percent drop-off in transaction activity as long-term planning remains difficult apart from select highly capitalized users.”

And the bad news continues. “Over the course of the pandemic, the sublease market has expanded by nearly 47.6 million square feet, or 50.7 percent,” says JLL. Vacancies rose twice as fast in the nation’s CBDs as in the suburbs. And therein lies a major hook for brokers to latch onto.

Much has been written lately about the rise in hub-and-spoke strategies, where tenants keep a token central business district (CBD) headquarters and move operations to the ’burbs, where many of their employees live, anyway. That need can be filled with direct space, work from home policies, or by setting up shop in flexible workplaces, such as those by Regus or Industrious.

If there is a must-have tenant requirement that was not there pre-COVID-19, it is for the signs of health and safety. “Amenities were the big thing prior to the pandemic,” says Ralston. “Now it’s all about wellness.” In his own shop, which was recently upgraded, plasma air filters in the heating, ventilation, and air conditioning (HVAC) system have been installed to kill bacteria. The design also features a wide lobby staircase (“People don’t like elevators these days”) and the extensive use of glass to control social distancing without bending to distancing limitations.

In fact, COVID-19 put an end to a growing trend prior to 2020. Densification, the strategy of packing as many people as is comfortable into a space, is now a thing of the past. “We went through a period in Class A office where we tried to put a lot of people together,” says Quinn. That has obviously changed. “A lot of companies will be experimenting with their office space to build in more flexibility around where their employees work.”

Which is not always a good thing for the office broker. Liebman tells of one client, a law firm, that decided to experiment, but in the extreme, choosing to neither re-up nor sign new. “They’re going totally virtual,” he says. It is creative. But it is not conducive to big commissions.

Office users opting for a more traditional path might still be interested in changing their footprint, but with current long-term lease durations cast prior to 2020, “they can’t change space so easily,” Ralston says, “and finding ways to adjust is very inefficient.” When it does come time to pull the trigger, “Tenants are unsure of what the future will look like, so they’ll be driven to err on the side of shorter-term leases with options rather than a full 10-year.”

In fact, if one were to do a Google search for “market uncertainty,” the results would fill 10 web pages.

One antidote to this pervasive unease would be a trend toward ownership rather than leasing, Ralston speculates, especially given the current leasing rates. And it is an option as good for industrial as well as for office tenants. “The occupancy cost is typically about two-thirds of a rental,” he says. You might even witness the office condominium gain additional play.

As he indicates, we are still too early in the nascent recovery to set future plans in stone. Quinn agrees, adding that there is plenty of change ahead of us as tenants continue to redefine their operational needs. “The full story hasn’t been written yet,” he concludes.