The Case for Opportunity Zone Investments During the Coronavirus

Stock market sellers might be realizing capital gains without having a specific tax plan for the increase they just realized. 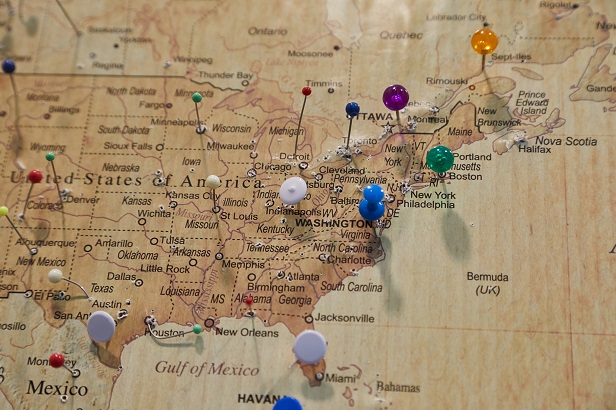 Without a doubt, the sell-off on Wall Street is painful. But, Reid Thomas, executive vice president of NES Financial, an Opportunity Zone fund administrator, thinks it could ultimately be a driver of Opportunity Zone investments.
“The market has been going up for so many years,” Thomas says. “I presume people are selling at a gain, or a significant portion of it is being sold at a gain.”
Thomas says many sellers might be realizing capital gains without having a specific tax plan for the profits they just realized.
“Presumably, there has been a creation of a big, one-time capital gains event that hasn’t happened in a long, long time,” he says. “So, you have people who probably sold without a plan in place to deal with capital gains taxes.”
Opportunity Zones, which give investors up to 180 days to invest in a fund to defer capital gains tax, will have an appeal to these investors. “You can take your gain, and then you have 180 days from the date that gain is realized to invest it into a fund,” Thomas says. “Right now, it’s chaos. People are selling and building up cash.
Eventually, things are going to come down, and investors are going trying to decide what to do and what markets they should be invested in.”
For Opportunity Zones that could represent a spike in investment later in the summer. “The big market sell-offs started in February and are continuing in March,” Thomas says. “One hundred and eighty days from then puts us in the August or September timeframe.”
As the COVID-19 creates global economic uncertainty and fears of a recession, Thomas argues that countercyclical investments might become more attractive.
“If the economy goes south, which all indications are that’s the way it’s headed, then people might be more open to long-term countercyclical and safer investments,” he says. “Things that tend to be countercyclical, such as affordable housing or assisted living facilities, are well suited for Opportunity Zones. They have less downside than say a Ritz Carlton in New York, but they also have less upside.”
One counter argument to this theory is that investors seek safety in times of distress, and Opportunity Zones are in more up and coming areas, which aren’t always safe.
But if a tax deferral strategy is a priority for the investor, Thomas says Opportunity Zones make sense.
“Given that there are 8,700 Opportunity Zones, there is a potential for a wide range of alternatives that provide different levels of safety,” Thomas says. “The types of asset classes that are well suited for Opportunity Zones [or up and coming areas] tend to provide downside protection risk.”
By: Les Shaver (GlobeSt)
Click here to view source article