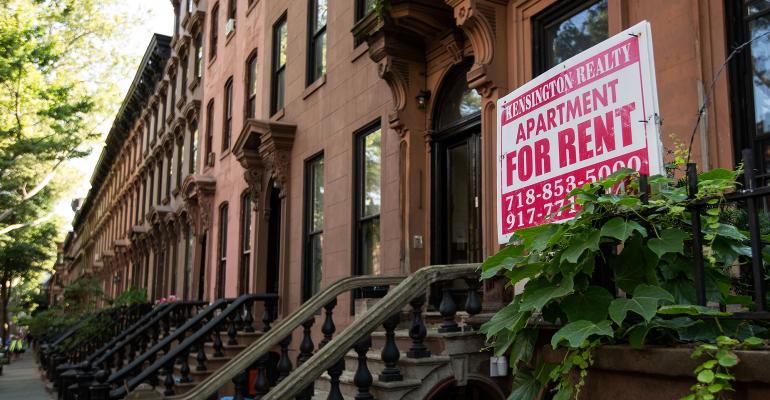 The average rents on apartments are already dropping, as the U.S. economy grinds to a halt and millions of workers have lost their jobs, been furloughed or have been asked to stay home to fight the rapid spread of COVID-19.
“Job losses are already affecting demand for apartments,” says Andrew Rybczynski, managing consultant for CoStar Group. “The evidence is apparent in daily rent changes.”

The early indicators are just beginning to show of a massive change to the apartment markets. Spring is usually the busiest time of year for apartments. But as the weather warms, fewer potential renters are visiting apartment websites and properties are already chipping away at the rents they charge residents.
The most expensive and least expensive apartment properties are most vulnerable to the sudden crisis. Luxury apartment must compete with new apartment communities opening in an extremely difficult market. The least expensive often serve lower-income residents who were often already financially stressed before the crisis. Many are likely to fall behind in their rents as job losses mount.
“Middle-market properties should fare better than the two extremes of the product spectrum,” says Greg Willett, chief economist for RealPage, Inc.

In a few weeks in March, about 1.1 percent of renter households lost employment. “That number is likely to grow in the coming weeks,” says Rybczynski.
Economists from the Federal Reserve’s St. Louis district recently projected total employment reductions of 47 million people. That would be an eye-popping 32.1 percent unemployment rate. Although the recent $2.2 trillion package brought some relief, many experts expect additional rounds of relief and stimulus will be needed before the crisis has run its course.
“The huge job cuts that are occurring will create challenges in all segments of the apartment market, especially in metros with lots of hospitality jobs and heavy reliance on retail, restaurant and entertainment employers,” says Willett.
The impact has already begun to show in the average rents that landlords charge their tenants. The rental cost of an average apartment in the U.S. on March 26, 2020, was down 0.23 percent compared to the week before. “That is a very small figure, but it runs completely counter to our usual expectations for March,” says Rybczynski.
Usually at this time of year, rents are usually growing at between 0.1 percent and 0.15 percent week over week, Rybczynski. For example, on March 1, before the news filled with updates on the spread of the coronavirus, the rental cost of an average apartment was up 0.12 percent compared to the week before.
“The number of households looking to move is way down,” says Willett.
The number of people searching for apartments on the Internet also dropped sharply, starting on March 12. “It’s the day after actor Tom Hanks and his wife and actress Rita Wilson announced that he had contracted the coronavirus and also the day after the NBA cancelled the rest of the pro basketball season,” says Willett. “The health crisis suddenly became real for lots of people.” The volume of web searches for apartments dropped 15 percent in the first week of declines, compared to the year before. In early March, the volume of web searches had been up 5 percent compared to the year before.
Usually more than half (54 percent) of the annual demand for apartments captured in April, May and June, according to the RealPage from 2018 and 2019.
According to RentCafe, in March rents did rise nationally by 2.9 percent, but this was down from the 3.2 percent rise from February and it is the first time since 2016 that the firm measured a deceleration from February to March. Normally, March is when rental season kicks into high gear.

In all, RentCafe found that “75 percent of the nation’s renter mega-hubs saw slower yearly rent increases in March compared to February.” Los Angeles ($2,499) displayed the weakest year-over-year rise, 0.6 percent.
“The data has yet to reflect the full impact of COVID-19,” Doug Ressler, manager of business intelligence at Yardi Matrix said in a statement. “We are monitoring both proprietary and publicly available data on a real time basis in an effort to forecast the evolution of rents going forward. We expect the impact of coronavirus to last three to six months, before a steady recovery boosts the economy once again.”

The falling rents are especially remarkable for luxury apartments, which usually see larger rent gains than other types of apartments in the spring.
“Class-A rent growth is shrinking faster than class-B, and both are shrinking much faster than class-C,” says Rybczynski.
Wealthier households have more options than poorer ones, says Rybczynski, and sometimes more variable income. “If rich households see variable income from stock grants, sales commissions, or bonuses dry up, they can cut outlays by downgrading, or choosing not to upgrade, their housing.”
Also, developers opened more than 80,000 new apartments in the first quarter of 2020. Most of those are luxury apartments. That’s one of the biggest single quarters for new development in the last two decades, at exactly the wrong time, says Rybczynski.

Vulnerable renters are likely to fall behind in their rents

The least expensive properties are also especially threatened by the job losses that are hurting their vulnerable residents.
“Potential difficulties for the bottom-tier class-C properties simply reflect that the resident base in that sector has no financial cushion and all,” says Willett.
Lower-income households are more inclined to be renters. Nationwide, a quarter of all renter households already can’t afford the high cost of an average rental apartment without paying more than 30 percent of their income on rent, according to the National Low Income Housing Coalition.
The problem has been getting worse. Since 1960, median rents have increased by 61 percent while median renter incomes increased by 5 percent, says Doug Ressler, manager of business intelligence for Yardi Matrix.
“For those households, any interruption of income usually means they immediately can’t pay their rent,” says Willett.
Many local governments have announced moratoriums on evictions for renters—and the apartment industry, including organizations like the National Multifamily Housing Coalition have agreed – though the loss of income will strain the budgets of apartment communities.
“Major landlords have already announced plans to defer rents for tenants whose jobs are affected by the coronavirus outbreak,” says Rybczynski.
Source: “The COVID-19 Economic Shutdown is Already Hitting Multifamily Rents“