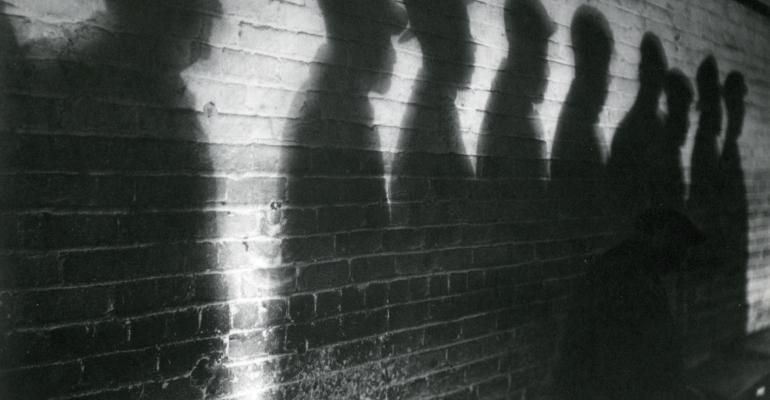 A successful recovery depends on controlling the virus and more fiscal support.
(Bloomberg Opinion)—The U.S unemployment report for March foreshadowed the ugly numbers to come as the economy’s sudden stop sidelines entire sectors. The prospect of double-digit unemployment rates raises the possibility that what is now the “Great Suppression” will become the next Great Depression. This raises an important question for market participants: What separates a depression from a recession? A starting place is to consider the three “Ds” of a depression: Depth, duration, and deflation.
To be sure, the depth of the downturn during the second quarter will check one depression box. The lights were literally turned off in large parts of the economy. Output may fall by as much as 33% and unemployment may climb above 30%, according to estimates by the Federal Reserve Bank of St. Louis. While the exact numbers will only be revealed in hindsight, that there has been a collapse in economic activity is without doubt.

Depth, however, is only one part of the depression story. Duration is another. We don’t categorize local level shutdowns resulting from natural disasters as depressions, or even recessions, because activity can rebound fairly quickly. We shouldn’t at the national level, either. We can’t accurately forecast the duration of the downturn because it depends on the course of the virus. Let’s say, optimistically, that we gain enough control over the virus and its spread to begin lifting restrictions on activity. In that case, we can expect a rebound of activity beginning in the third quarter.

Still, any rebound will not be akin to simply flipping a light switch back to the “on” position. It will be more like turning the dial on a dimmer switch, maybe quickly at first but more slowly thereafter. How much we can turn the dial at first, and how quickly thereafter, will determine the recovery’s duration. Certain parts of the economy may come back quickly. Inventory rebuilding might provide a boost to manufacturers, for instance. And pent-up demand might help clear the shelves at retailers. We should expect a bounce when restrictions are lifted.
That bounce, however, won’t be a full recovery. There are two broad obstacles to a V-shaped recovery. First, expect some persistent damage to the economy as the result of firms going bankrupt and the severing of employer-employee relationships. The CARES Act, with its enhanced unemployment benefits and aid to business, helps minimize this damage, but it remains insufficient to stem all the bleeding.
Second, until there is a cure or vaccine for the virus, some segments of the economy will be impaired long into the future. Gatherings of more than 50 people – conferences, sporting events, arts performances, etc. – will remain limited for an extended time. Leisure and hospitality industries will struggle in a world that suddenly grows smaller for everyone. Even after developing a vaccine, the widespread use of video-conferencing will have long-lasting implications for business travel.
Finally, a depression likely requires deflation to generate a self-sustaining collapse in demand as existing debt becomes harder to support with falling nominal incomes. The ability of deflation to take hold depends on the success of fiscal and monetary support for the economy. To its credit, the Federal Reserve quickly adopted a “whatever it takes” strategy to keep the financial sector intact, thereby already avoiding one disaster that contributed to the Great Depression. Hopefully we continue to avoid that pitfall.
Likewise, fiscal policy has swooped into action to support demand with enhanced unemployment benefits, which in some cases will provide more than 100% replacement income for workers. An unintended positive consequence of such high benefits is to prevent wage deflation and hopefully reinforce positive wage-setting expectations during the recovery phase.

A successful recovery still requires more fiscal support. For example, unemployment insurance programs at the state level are unable to handle the volume of claims, delaying aid. Congress needs to make states whole with a massive fiscal package to prevent another round of layoffs.One bad quarter does not make a depression. In reality, the long-run health of the economy depends on controlling the virus. Whether or not this economic collapse turns into a depression still depends on the actions of policy makers in coming months.
Source: “Three Things Will Determine If There’s an Economic Depression: Tim Duy”