What Do Lenders’ Decisions Tell Us About the Future of Various CRE Sectors? 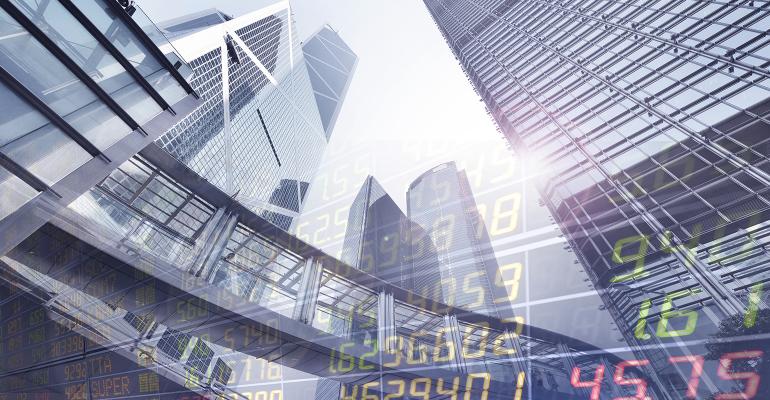 A global pandemic has led to wary investors, but some deals are still moving ahead.
Amongst a global pandemic, social and political unrest and wide-scale economic disruption, 2020 has been a roller coaster of a year that many real estate investors would like to forget. It may be difficult to recall, but it didn’t start out this way.
The beginning of 2020 was a favorable environment for borrowers. Lenders had lofty production goals and were actively competing for deals, leading to compressed spreads. At one point—in February until the beginning of March—borrowers could secure loans with interest rates in the mid-2 percent range given the sizable dip in the 10-year Treasury.

Of course, the lending and borrowing landscape changed radically after the pandemic took hold in the U.S., leading to the shutdown of huge swathes of the economy in late March. Most lenders pulled back significantly. While select commercial real estate loans were still available for top sponsors, valuations became much more conservative. Lenders began imposing interest rate floors in the high 3 percent to low 4 percent range. Many developers put projects on hold due to the uncertainty in the economy and conservative underwriting criteria of lenders.
As the economy started to open back up in stages, interest rates started to relax. Today, they sit in the mid-2 percent range. So, as the 10-year Treasury rate has dropped to below 1 percent, the rates available to borrowers are moderately lower than where they were at the beginning of the year. In addition, the Federal Reserve recently pledged to keep interest rates near zero at least through 2023.

Despite low interest rates, underwriting remains more conservative now than it was at the beginning of 2020. Investors are being more cautious because of concern that values could decline. The current bid-ask spread is significant on retail, hospitality and office properties, the sectors hit hardest by the pandemic, as buyers expect to pay prices discounted from previous highs. Yet, most owners are holding out on selling at reduced prices, believing that property values will improve as the economy continues to recover. Until lenders become more aggressive with defaulting borrowers, this spread is likely to continue.
Some retail real estate asset values were down even before the current crisis as consumers increasingly shopped online, though the pandemic has accelerated the trend. Out of convenience or necessity, consumer preferences may have permanently shifted toward e-commerce and omni-channel services. A global consumer report from Accenture predicts an increase of 169 percent in e-commerce purchases from new or low frequency users, post-outbreak. This doesn’t bode well for the recovery of retail real estate any time soon.
Industrial real estate, the main beneficiary of the ongoing demand for e-commerce, is a sector lenders are keen to invest in even today. The sector did take a hit in Las Vegas, where the industrial market relies heavily on casinos and conventions, but that market should normalize as the economy re-opens.
Distress in the hospitality sector continues as demand from business travelers and consumers remains suppressed due to health concerns, increasing use of videotelephony software, and budget constraints. With the sharp decline in revenue for most hotels, loan delinquencies are on the rise. Once an effective vaccine or treatment becomes widely available, this sector should show significant improvement, especially given pent-up consumer demand for leisure travel. But a number of hotels will likely fail before then without additional government support.

Multifamily projects have held up through the pandemic relatively well. Permanent financing remains generally available on favorable terms, due in large part to agency loans, although debt service reserves are now typically required and typical underwriting currently assumes no rent growth for two years.
Despite a housing shortage in several major U.S. metros, construction lending for multifamily projects is more difficult to obtain, as lenders factor in rent realization and lease-up risks. As the economy stabilizes, construction loans for apartment projects should become more widely available.
It is hardly all gloom and doom for new construction. Deals that make sense are still getting done. In the last few months, my firm represented developers in 10 construction loan transactions with JP Morgan Chase Bank, Comerica Bank, The Northwestern Mutual Life Insurance Company, City National Bank, Western Alliance Bank, and Zions Bancorporation for industrial and multifamily projects located in Atlanta, Denver, San Diego, Dallas, Bethlehem, Pa., Kyle, Texas, Ontario, Calif., Industry, Calif. and West Hollywood, Calif.
Market uneasiness will likely continue as the year winds down, but there are still sound real estate investments to be had and solid reasons to believe that many projects in even some of the hardest hit commercial real estate sectors will recover.
Source: “What Do Lenders’ Decisions Tell Us About the Future of Various CRE Sectors?”