Why Mall Landlords Are Turning Empty Anchors into Fulfillment Centers 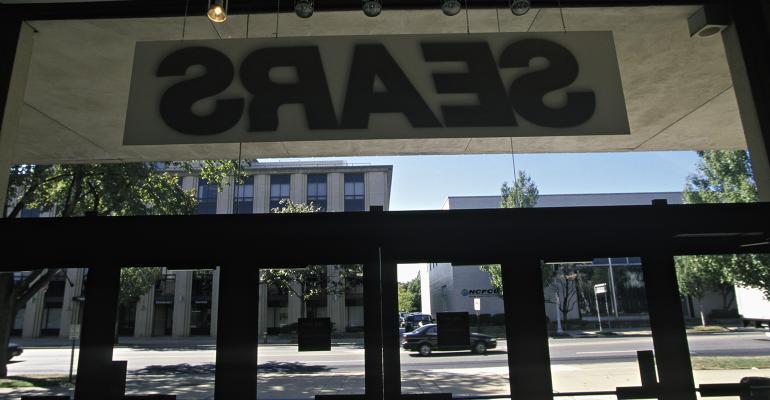 Washington Prime Group is among the landlords who are filling anchor vacancies with fulfillment operations.
Beleaguered retailer Sears plans to close its store at Morgantown Mall in Morgantown, W.Va. before the end of this year, leaving an 80,000-sq.-ft. space without an anchor. But in a move that would have been unimaginable in the heyday of traditional retail in general and Sears in particular, mall owner Washington Prime Group Inc. already has lined up a new tenant—WVU Medicine, the largest health care system in West Virginia.
Of course, WVU Medicine won’t be selling appliances, apparel or housewares at this space. And it won’t be treating patients there. Rather, the space will be converted into a logistics, distribution and fulfillment center for WVU Medicine for items like personal protective equipment (PPE) and medical equipment.
The Sears conversion represents the first project in Washington Prime Group’s Fulventory initiative, announced in May. The initiative aims to replace shuttered retail spaces at the REIT’s properties with centers geared toward last-mile fulfillment, BOPIS (buy online and pick up in store) and clearance merchandise operations. Lou Conforti, CEO of the Columbus, Ohio-based REIT, says 20 to 25 retail-to-warehouse conversions are already in the pipeline among the company’s more than 100-property portfolio.

Washington Prime Group’s Sears conversion in Morgantown also represents one piece of a broader trend—property owners transforming large retail spaces, oftentimes former big-box and department stores, into fulfillment centers and other logistics facilities. In another example, Simon Property Group has partnered with Fillogic, a New York City-based technology company with a logistics-as-a-service platform, to open Fillogic Hubs at some of its properties. The company will be opening Fillogic Hubs at the Livingston Mall and Gloucester Premium Outlets.
A report released July 23 by CBRE Research shows that 13.8 million sq. ft. of retail space—roughly equivalent to 35 small-format regional malls—has been converted to 15.5 million sq. ft. of industrial space across the country since 2017.
CBRE Research’s recent survey uncovered 59 retail-to-industrial conversion projects that have been completed, have been proposed or are underway since 2017. By comparison, its January 2019 survey tallied 24 such projects.
“As online retail evolves and expands, many retailers and developers will find opportunities to convert underperforming stores into final-mile distribution sites to support e-commerce operations,” John Morris, Americas industrial, logistics and retail leader at CBRE, said in a July 23 news release. “With rising industrial rents and changing consumer patterns, we should see this activity continue to grow, as more retail sites will be economically viable for these types of conversions.”

To remain relevant, many retail brands will adopt the retail-to-industrial model, enabling them to blend aspects of traditional retail and e-commerce, says Joanne Heyob, senior vice president of operations strategy and design at Dublin, Ohio-based retail design firm WD Partners Inc. These days, retailers must be “extremely flexible” with how they use space, she says.
Heyob envisions the possibility that an empty retail space might not be occupied by just one fulfillment tenant, but would be subdivided for several tenants, such as a fulfillment operation and a medical clinic.
Additionally, retail landlords continue to seek creative ways to keep space occupied and stay afloat, and that equation includes fulfillment, Heyob notes. This is an especially critical consideration as landlords grapple with the coronavirus-hobbled experiential components of retail, like food halls and movie theaters.
“I think where there is some pushback from some of the landlords is do they want to use their space like that? Do they want to have dark doors in their centers?” Heyob says.
To be sure, a retail landlord wouldn’t want to turn all of its square footage at a mall into one massive fulfillment center, she notes. But she believes there’s room for fulfillment within malls and other retail properties.
In fact, many retailers have already incorporated fulfillment into their bricks-and-mortar operations, Heyob says. “The landlords know this. Sometimes I think they don’t want to acknowledge that that’s truly what they’re doing.” She points out that some retail property owners aren’t eager to report financial results reflecting per-sq.-ft. numbers that might be dinged by fulfillment uses.
However, retail landlords will likely embrace fulfillment as a chunk of their properties once a “big gun” property owner pulls the trigger and achieves success with a retail-and-fulfillment hybrid.
“It’s about taking risks right now. You can’t be conservative in your thinking right now if you are a retailer or a landlord,” Heyob says. “You’ve got to be willing to try different out-of-the-box things to be relevant and to be around come 2021. If you don’t, you will sink.”

One way Washington Prime Group is testing out-of-the-box concepts is its Fulventory program. A key reason why the REIT launched the program is the growing appeal of BOPIS. According to data cited by Washington Prime Group, adoption of BOPIS is expected to soar from a 44 percent share of U.S. retailers in 2016 to a 90 percent share by 2024. In many cases, the REIT notes, BOPIS transactions lead to additional in-store purchases.
Washington Prime Group offers small, midsize and large fulfillment options at its enclosed and open-air properties. All of the fulfillment operations will feature interior and exterior entryways, along with around-the-clock access. If a retailer occupies both traditional and fulfillment space at one of the REIT’s properties, those spaces will be situated an average of a 45-second walk from each other. Some of the fulfillment locations might contain space to sell clearance merchandise.
The Fulventory initiative shifts the retail real estate model from passive to proactive, delivering another means of serving consumers, Conforti says. “This not a rent collection business,” he notes. “This is an operating business.”
As such, Conforti thinks each of Washington Prime Group’s properties should include a fulfillment component. He scoffs at the notion that these spaces would put a dent in sales per sq. ft., dismissing the “absolute and utter reliance” on this metric.
If adding fulfillment capabilities at the REIT’s properties “provides a holistic solution and betters the experience of our guests, we will win in the long run,” says Conforti, emphasizing that he’s not trying to steal market share from the likes of San Francisco-based industrial REIT Prologis Inc.
He shrugs off critics who insist that initiating a project like Fulventory is an act of desperation. “It’s what we should be doing. We should be more operational,” he says. “We are in the logistics and distribution business, ultimately.”

Retail-to-industrial conversions aren’t anything new, says Shlomo Chopp, founder and CEO of New York City-based clicks-and-bricks hybrid ShopFulfill Corp. and managing partner of New York City-based investment management firm Case Equity Partners LLC. But now that retailers largely welcome e-commerce as a “panacea” for their industry, some are taking a “reactionary” jump into establishing fulfillment operations under the mistaken notion that pure-play e-commerce succeeds, he notes.
As for retail landlords, they’re “missing the point” when it comes to fulfillment, Chopp says. He calls it a “fool’s errand” for landlords to hand over traditional space to tenants for e-commerce-supported logistics operations—a situation that he sees as aggressive in the best case and an overreaction in the worst case. But he acknowledges that “99 percent of the world doesn’t see it the way I see it.”
“I don’t buy this whole convert-to-fulfillment-center angle. It doesn’t make sense,” Chopp says.
Simply transforming unused space at a retail property into a fulfillment center doesn’t pan out in his view. For retail and fulfillment to truly coexist, there must be a solid benefit for both a store and an e-commerce operation, he says. “I have heard of no solution out there right now that can work.”
That’s why Chopp is working on his own solution under the Anchor Shops banner. Last year, ShopFulfill debuted a leased retail spot in Philadelphia and a leased distribution center in nearby Moorestown, N.J., as the first combo in the Anchor Shops program, designed to enable online retailers to set up a physical presence backed by a distribution network.
Now, Chopp is pivoting to a retail-and-fulfillment mash-up whose spaces would most likely be owned by ShopFulfill and occupied by retail tenants. He aims to switch the role of a retail landlord from a purveyor of space to a purveyor of infrastructure, marrying traditional retail with e-commerce and logistics. ShopFulfill is scoping out retail centers measuring 150,000 to 250,000 sq. ft. that would be split into roughly 3,000 to 8,000 sq. ft. per tenant.
“It’s our belief that that we can single-handedly redefine retail and e-commerce to just be part of commerce and not to be viewed as separate businesses,” Chopp says.
Source: “Why Mall Landlords Are Turning Empty Anchors into Fulfillment Centers”