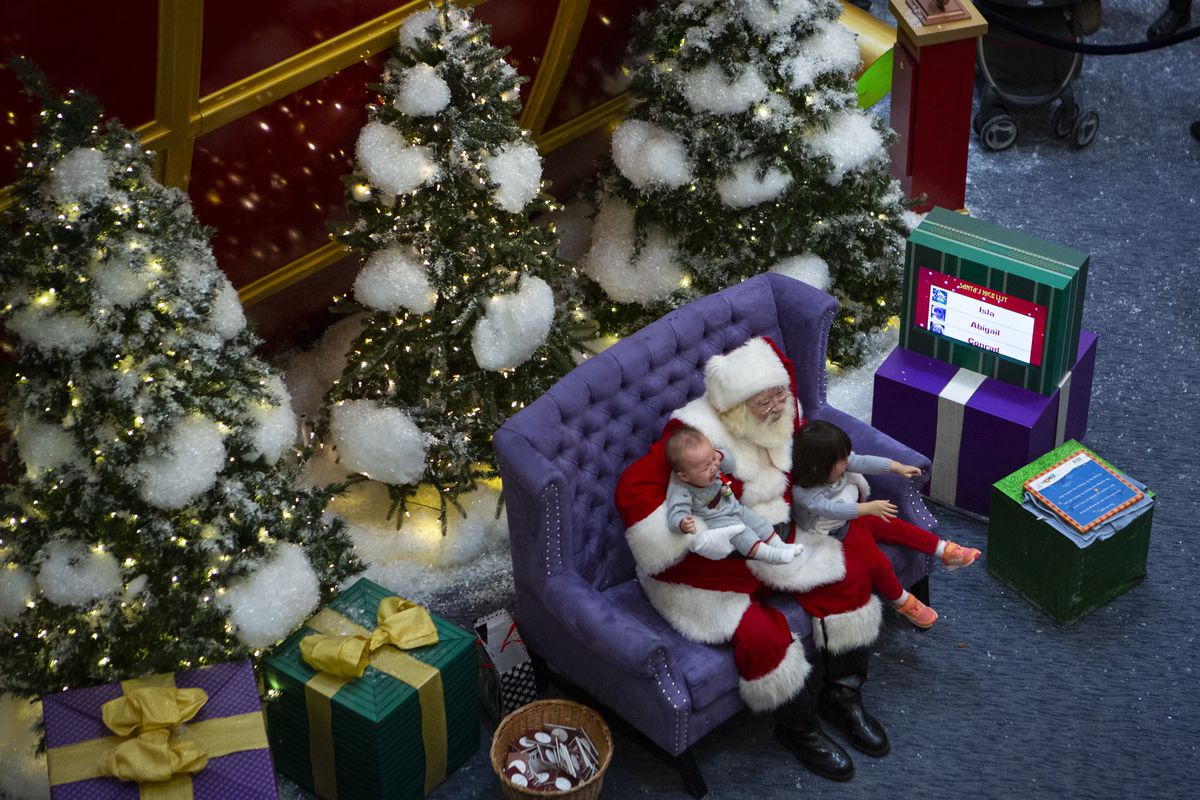 Seasonal mall jobs are scarce this year, but there are tons of warehouse gigs.

Holiday hiring events for malls used to be a big deal, with lines rivaling those for jaw-dropping Black Friday electronic deals. Anchor retailers and specialty stores held huge in-person hiring events as early as September, heralding the start of the busiest, most exciting part of the retail year. This season, don’t expect big spikes in hiring for mall Santas (who may be socially distanced in plexiglass snow domes), gift wrappers, or additional staff to work the aisles on Black Friday.

As the pandemic continues and shoppers mostly stay home, the holiday season will be a gift for e-commerce as retailers scramble to adjust inventory and schedules to find some bright spots amid spending uncertainty. As the ongoing shift online accelerates this year, its impact will be magnified in the job market. According to Andrew Chamberlain, chief economist of the jobs site Glassdoor, the site has seen a sharp rise in interest for jobs in the warehouse sector, 210 percent more than last year, one of many indications that, in 2020, often-temporary seasonal hiring signifies something more permanent.

“Economies usually leave a recession looking different,” he says. “This is an example where a pandemic will lead to a massive shift in how we spend.”

Getting a part-time gig folding sweaters at the Gap or being an elf for a fake North Pole display has long been a tradition during the busy holiday season, an important way to make a few extra dollars during an expensive time of the year, especially for students and seniors. In 2018, retailers added roughly 625,600 temp jobs. Last year, the seasonal hiring spree slowed down a bit, with companies looking to fill only 590,000 positions. This year, recruiting firm Challenger, Gray & Christmas says companies have announced just 378,200 positions as of mid-October. Glassdoor’s Chamberlain says that an analysis of the site’s roughly 6 million holiday and seasonal job postings shows listings are down 8 percent over last year, which is actually better than the overall 16 percent drop in postings across all industries. There’s a bump this winter, just not as big as in years past.

“BLACK FRIDAY IS KIND OF OVER AS AN IDEA. … IT’S BASICALLY BLACK FALL.”

Analysts believe 2020 will radically upend that model, perhaps for good. In-person retail, already restricted due to health precautions and wary customers eyeing a coming third wave of the coronavirus, is a shadow of its usual self. A National Retail Federation survey of 54 retailers found that 96 percent expect more online sales this year, 61 percent plan to stock less in-store merchandise, and half likely won’t hire extra in-store staff. Sucharita Kodali, retail analyst at Forrester, says one of the only bright spots this year, when a record-breaking 1 in 5 retail dollars was spent online, has been essential retail, such as grocery and pharmacy. Even big holiday shopping draws like toys have migrated online. Retailers such as Walmart and Target will be spreading out Black Friday events to avoid drawing large crowds (some promotions have already started).

“Black Friday is kind of over as an idea,” says Zachary Rogers, an assistant professor of supply chain management at Colorado State University who previously worked at an Amazon subsidiary. “Prime Day was October, Black Friday and Cyber Monday in November, holidays in December. It’s basically Black Fall.”

Holiday shopping as a whole won’t have the same meaning this year or for many years in the future, says Ashwani Monga, a marketing professor at Rutgers University who specializes in consumer psychology; with the retail industry in tatters, it’s unlikely to represent the break-even point for businesses (when ledgers go from red to black). And optimistic forecasts that families will want to maintain the holiday tradition of a visit to the mall may underestimate the desire to cut or consolidate trips, not to mention the specter of more restrictions or shutdowns.

“Even if stores do open, people will be reluctant to go out and have fun or splurge as if the last few months didn’t happen,” he says. “Shopping is a way to connect and do something for yourself, and that habit has changed during this year’s disruption. Shopping is a part of our culture, and this year has changed culture itself.”

The significant shift in the seasonal employment picture doesn’t show a temporary break with tradition; it’s more likely evidence of the continuing, radical restructuring of the economy away from in-person retail. The pandemic has pushed many shoppers who were e-commerce holdouts to adopt online shopping, Monga says, and consumer inertia is hard to reverse.

“If consumers aren’t spending, retailers don’t have cash on hand to hire people, which creates a vicious cycle where there’s less employment, fewer profits, and the economic engine of stores just doesn’t grow,” Monga says. “The whole ecosystem of retail is disrupted.”

“SHOPPING IS A PART OF OUR CULTURE, AND THIS YEAR HAS CHANGED CULTURE ITSELF”

It’s also strained the warehouse and logistics industry currently struggling to meet surging holiday demand that will likely become a permanent expansion of e-commerce capacity. The industry hit a record 1.25 million employees this September, according to the Bureau of Labor. The Logistics Managers’ Index, an industry report compiled by Rogers looking at demand and capacity, predicts record-high levels of e-commerce activity this season; Q4 activity will be up 50 percent compared to last year, a huge leap from pre-pandemic predictions of a 13 percent jump. Karl Siebrecht, CEO of Flexe, a company that provides temporary warehouse space to retailers, says there’s a huge hiring problem in e-commerce in anticipation of fourth-quarter delivery spikes (Amazon announced plans to hire 100,000 more seasonal workers in September and is offering some $1,000 bonuses).

“We’re already running hot, How do we layer on the fourth-quarter peak?” Siebrecht says. “Competition for labor is the biggest issue.”

Filling jobs at sites typically located away from population centers is already a challenge. A recent report by Daniel Schneider and Kristen Harknett, sociologists who have been studying retail and service-sector workers, found that “Walmart, Amazon, and UPS lag in terms of cleaning, gloves, and masks” for employees, exacerbating worries that as warehouses get more crowded over the coming months, infection risks will rise.

Valeria (who prefers not to use her real name), 59, works at a warehouse in Elizabeth, New Jersey, that packages and ships cosmetics and hand sanitizer. She says that as the holidays approach, management has added more and more workers; it’s the busiest she’s seen since she began working at the company four years ago. Workers are provided with hand sanitizer, masks, and gloves, but there’s no social distancing, they just cram the lines tighter and tighter.

“Right now, a few people are sick,” she said via a translator. “The company told them to get tests and not come back until they are negative. They’re operating like every product is essential, but only the hand sanitizer is. We all want to be beautiful and we’re in difficult times. I only work because I have to, if not I’d stay at home, I’m scared all the time of being sick.”

Beth Gutelius, an academic and researcher at Center for Urban Economic Development who studies the changing nature of work, says a simple calculus — more temporary workers being added to the same fixed warehouse space — raises the risk of safety issues, Covid-19 spread, and burnout (and Amazon has been less than transparent about these issues throughout the last six months).

“In the end, you have to throw more workers at the problem of e-commerce fulfillment, and they’ve raised very serious issues about health and safety,” she says. “There’s lots of physical and mental strain on workers’ bodies when they’re handling work that quickly.”

According to a survey of industry operators conducted by Flexe, 65 percent said labor shortages were impacting their business and 47 percent have increased wages to be more competitive. Amazon’s and Walmart’s big announcements earlier this year that they would add hundreds of thousands of jobs and pay a few extra dollars an hour have rippled through an industry seeking more and more capacity. And it’s not just for the winter surge — typically the season when workers face weeks with additional overtime and higher-than-normal rates of on-the-job injuries and stress — but for next year.

E-commerce is racing to adjust to unforeseen circumstances, with a predicted “shipageddon” this year leading analysts to suggest hot items will disappear early and companies will plead with consumers to order as early as possible. The sector is clearly dealing with the downsides of unexpected demand, not painful contraction, often turning to temporary employees and hiring agencies. 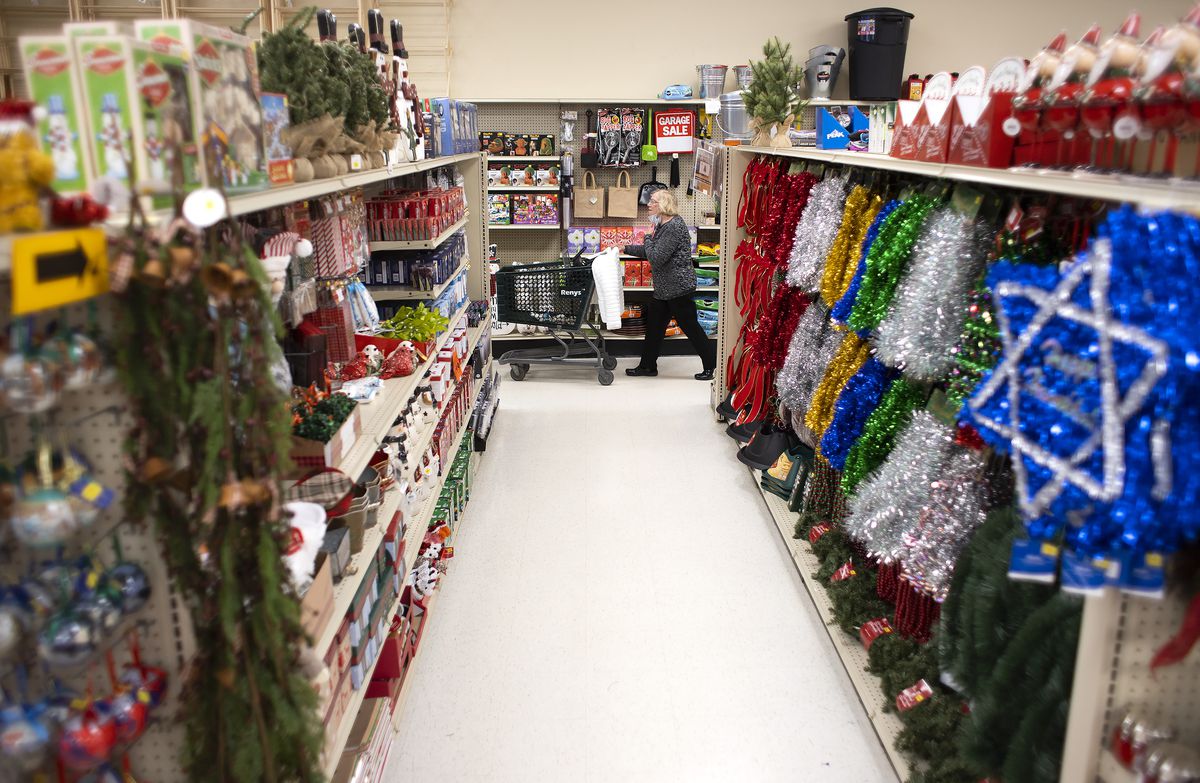 “Honestly, I don’t know how Amazon is going to do it this year,” says Rogers. “That’s why they shifted Prime Day to October. The transportation part of this will be really tough. They’ll do whatever they can and everyone else will try to keep up.”

Shipping is not the only concern. There’s also the problem of returns, which Rogers says are “two to three times more for e-commerce purchases versus brick and mortar, depending on the product.” That adds up: “There will be like an additional billion dollars of returns this year, and they’re going to need to process this stuff. There’s a wave coming, and I’m very interested to see what happens between late November and early January.”

It may seem counterintuitive that in the midst of severe economic shock, huge corporations such as Amazon and Walmart would struggle to find workers. But the labor supply situation is incredibly unorthodox, says Chamberlain. There’s a significant compositional shift away from traditional work — say, a job at the counter at Sephora — and toward warehouses and delivery gigs. And many workers are simply sitting this season out; whether they’re worried about getting sick, the added pressure of handling child care, or waiting out a furlough, many people are simply in limbo, Chamberlain has found.

Monga points to two indexes of consumer activity and attitudes as red lights for retail: the Michigan Consumer Sentiment Index (down nearly 20 percent since last December) and the savings rate (currently double the typical 6-8 percent range). Americans are, overall, wary and worried, and even those who are employed are holding onto a portion of their potential disposable income. The few bright spots, such as outdoor retailer REI, can’t overcome sharp drops in clothing purchases. This dismal holiday hiring season will just lock in structural shifts decimating retail, especially as warehouse operators adopt robotics and other means of increasing efficiency.

“Automation and rising productivity are ways to do more with less,” says Chamberlain. “By far the largest cost in production is people. Wages are high. If sales double in traditional retail, you may need to double your number of workers. But for Amazon and Walmart, they may need just 10 percent more people to handle that rush.”

Rogers points to a newly reopened Macy’s facility in Littleton, Colorado, as the future of retail employment. This new omni service center features packing, delivery, and pick-up services, but the so-called dark store isn’t open for the public to enter and shop. In effect, Macy’s is hiring and staffing for the holidays, but the jobs it’s offering are becoming indistinguishable from the gigs found in the general logistics and warehouse industry. Even many of the seasonal retail gigs that remain are starting to look more and more like those found in warehouses.

“They’re doing the same job as an Amazon picker, but in a store,” says Gutelius. “The lines are getting very blurry.”

Source: “Holiday shopping as we know it is over — just ask seasonal workers“