Mall Retailers Are Exploring Freestanding Sites. Are They a Good Bet for Net Lease Investors? 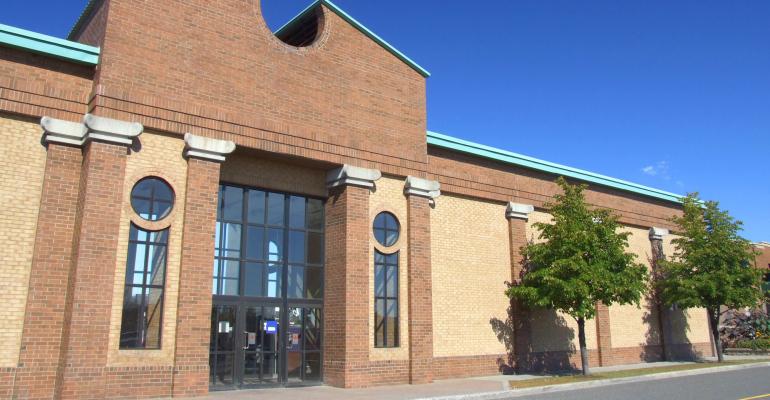 As Macy’s, Nordstrom Rack and The Gap look at freestanding stores, they might change the net lease market.

Even before the pandemic, retailers were evaluating their physical footprints and shuttering underperforming store locations. COVID-19 accelerated that trend, forcing many retailers to be more aggressive with optimizing their store portfolios.

Today, a number of retailers that have been mall mainstays are abandoning their roots and venturing into freestanding locations. This move may end up benefiting owners of net lease properties, as well as the retailers themselves.

BDO’s 2021 Retail CFO Outlook Survey found that 40 percent of retail CFOs say they are reevaluating their companies’ real estate footprints in 2021. More than 30 percent plan to reduce their mall presence.

Consider Gap Inc.: the company, which also owns Banana Republic and Old Navy, has announced plans to open 30 to 40 stores in the next three-year period. The assumption is that these will be all off-mall locations since The Gap recently announced the closing of 30 percent of its in-mall stores. Following these closures, 80 percent of Gap locations will be off-mall.

“Retail has always been about traffic and sales,” says Taj Adhav, co-founder of Leasecake, a lease management software provider that works with hundreds of retailers. “While malls have historically enjoyed high foot traffic, the number of visitors has been on the decline for more than a decade. Less traffic means fewer sales.”

To clarify, freestanding retail locations are those that do not share walls with other tenants. They come in a variety of shapes and sizes, and they can be single buildings tucked away in neighborhoods or right off busy highways.

They can also be situated near malls and other retail centers, including power centers, lifestyle centers and grocery-anchored shopping centers. Just think of your neighborhood drug store or fast-food restaurant.

“Freestanding locations are the growing winners in driving traffic and higher sales,” Adhav adds. “Having your own stand-alone building increases visibility and provides immediate accessibility, especially with adjacencies to complementary neighbors, such as boutique gyms, dental offices, clinics (in the med-tail category), or coffee shops.”

Some retail experts see the move of these traditional mall tenants into freestanding locations as yet another sign that malls are dying. But data shows the situation is more nuanced than one would expect.

A recent report from Moody’s Analytics found that the vacancy rate for regional and superregional malls hit 11.4 percent in the first quarter of the year—the highest it’s ever been and an increase of 90 basis points over the fourth quarter of 2020.

Effective rents and asking rents at these properties have both fallen to $18.58 per sq. ft. and $21.32 per sq. ft., respectively. That represents a 1.5 percent and a 1.0 percent year-over-year decrease, respectively, according to Moody’s.

Yet the numbers from Placer.ai tell a more positive story for malls, perhaps indicating the situation isn’t as dire. When the data analytics firm studied consumer behavior at 52 different malls in March 2021, it found that foot traffic was up 86 percent year-over-year. Of course, the pandemic began in March 2020, so those numbers aren’t particularly surprising. And it’s worth mentioning that foot traffic in March 2021 was 24 percent lower than for the same period in 2019.

To that end, even those who don’t think the demise of malls is inevitable agree that malls have lost a lot of their appeal for customers, which means they’re less appealing to retailers too.

Over the past several years, many malls tried to “de-mall” themselves by creating more exterior spaces that can be accessed directly from the parking lot rather than requiring customers to walk the interior of a mall, according to Danielle Brunelli, president/principal of retail real estate brokerage R.J. Brunelli & Co. in Old Bridge, N.J. But that didn’t solve the accessibility problem for all retailers, only a select few.

COVID-19 and the resulting shutdowns accelerated the growing disinterest in malls. People didn’t want to risk encountering crowds or being in an enclosed area for too long, which led them to shop at freestanding stores or buy online, pick up in-store (BOPIS).

“Customers are now used to pushing a button on their phones and having their purchases delivered to their homes within a couple days or doing a curbside pick-up at their favorite store,” Brunelli says. “Perhaps the only alternative to this is making your bricks-and-mortar stores much more convenient—places where your customers are not fighting for parking spaces, but can still touch and feel the product in an easily accessible location near their home.”

Because most mall retailers only have interior entrances, they couldn’t easily adapt to BOPIS. In fact, in some cases, they couldn’t do business at all during the shutdowns caused by the pandemic.

That compelled a number of retailers to reassess their physical footprints and think about how they’re distributing their goods. Sephora, for example, has been transitioning from malls to stores-within-a-store (Kohls) for a number of years and now freestanding locations. The beauty retailer’s in-store concept has been so successful that it’s not only expanding that format by 200 stores, it’s also planning to open 60 freestanding locations in 2021.

“There will always be good malls and retailers that see the value in having stores there,” says Ashlee Boyd, managing partner, retail, for Thompson Thrift, a full-service real estate company. “I think what is changing is a recognition that retailers don’t have to be just one or the other. Those that are finding success are embracing a more flexible way of thinking about their storefronts. Often, retailers find that they can attract more regular customers with smaller stores and fewer products geared towards customers in that particular neighborhood.”

Retailers today are more focused on growing sales with existing customers than winning new ones, according to BDO’s 2021 Retail CFO Outlook Survey. In fact, when asked about the metric they’re most focused on improving this year, significantly more retail CFOs cite sales per unique customer than customer acquisition.

Opening freestanding locations is one way that retailers hope to cement their relationship with existing customers and entice them to spend more. Adhav points out that the micro-moments of buyer impulse are increasing, and the days of “let’s-go-to-the-mall” destination planning are waning.

Freestanding locations often help customers save time. By being close to where people are already doing their necessity-based shopping, they make it easy for customers to drive up and buy what they want. Most people would rather get in and out of a store quickly, making freestanding locations with curbside pick-up, abundant nearby parking and/or drive-thus more convenient for customers.

“Convenience wins every time,” says Michael Glimcher, president and CEO of Donahue Schriber. The Calif.-based real estate owner has been working with Bath & Body Works, Sephora and Sunglass Hut on their expansion into off-mall sites.

Retailers that prefer locations that maximize visibility while minimizing direct competition are gravitating to freestanding locations. This reflects a significant shift in attitude regarding the importance of co-tenancies.

Retail experts point to Nordstrom Rack and Macy’s, both of which are considering smaller footprint local stores and freestanding locations to get closer to customers. The data gleaned from credit card companies tells retailers where their customers live, which allows them to target specific neighborhoods or areas.

However, most tenants exiting malls have been those with stores under 25,000 sq. ft., according to Randy Blankstein, president of The Boulder Group, a brokerage firm that specializes in net lease properties. He anticipates that larger anchor tenants will remain mall-based since their rental rates are likely below market, and their spaces already have direct exterior customer entrances in addition to high-profile exterior visibility.

On the other hand, retailers such as Bath & Body Works and Foot Locker, which are moving off-mall and into freestanding locations, have always had to share shoppers’ attention (and wallets), Blankstein notes. He points out that they’ve never had the luxury of their own entrances or outside signage either. “Visibility offered by freestanding locations is a huge benefit to retailers,” Blankstein says.

However, moving from a regional mall to outside pads and other freestanding sites isn’t ideal for all retailers. “A great many mall-based specialty retailers continue to see co-tenancy and overall traffic as critical to their success,” points out Andy Graiser, co-president of A&G Real Estate Partners in Melville, N.Y.

Retailers that are relocating from regional malls are often looking to lower overall occupancy costs. Specifically, they want to avoid higher charges such as common area maintenance fees, Graiser says.

It’s possible that retailers can better control their total occupancy costs by being located off-mall, particularly in freestanding buildings. “Overall, the cost of maintaining a freestanding property will be much less than common area maintenance charges in an enclosed mall, which could run $15 per square foot or more,” Brunelli notes. “Net rents also tend to be much higher within an enclosed mall.”

Today, large mall landlords are offering financial incentives for retailers to stay in their properties and trying to entice them to sign longer term leases. With these incentives, mall space might actually be less expensive than freestanding locations, even with the common area maintenance fees associated with malls.

But Adhav is quick to point out that retailers have to consider more than just rental rates. “It’s all about whether staying will drive sales,” he says. “So yes, the cost to remain in a mall would be lower or at least competitive with an off-mall property, but if the customer isn’t there, it’s better to be flexible and move to a freestanding location.”

Additionally, retailers have to think about lease-related risks including rights to expand/contract, go-dark provisions, TI allowances and force majeure clauses.

“COVID has shown there are many more details in a real estate lease that you need to understand and have control over, especially in uncertain times,” Adhav says, adding that freestanding buildings allow retailers to manage risk better than mall locations.

The vast majority of relocating retailers are leasing locations rather than purchasing them because liquidity is particularly important for them right now. “It’s not their business to invest in real estate and tie up their capital,” Adhav says, adding that most don’t even have the option of buying their freestanding locations.

Instead of inking 20+ year leases, mall retailers moving to freestanding space would likely choose leases with renewal options every few years, even if they come with higher rent bumps,

Adhav notes. And he points out that once retailers figure out how much their business might grow in a freestanding site, they can justify paying more.

Right now, no one can say for sure that traditional mall retailers will find more success in freestanding locations. But if the ones that are currently testing freestanding concepts succeed, more retailers to follow suit.

And while mall owners will suffer losses, other parts of the real estate community will gain. For example, more freestanding locations translates into more supply for net lease investors, especially those who are looking for new retailers and concepts.

But these traditional mall tenants create an added layer of complexity when it comes to valuing net lease assets. Historically, most tenants in freestanding locations—drugstores and fast-food chains, for example—were willing to sign decades-long leases. Traditional mall tenants, especially those with a smaller footprint, might balk at leases longer than five to 10 years.

The Gap, for example, is rated non-investment grade (Moodys Ba2) as its business model faces an uncertain future. Accordingly, freestanding properties occupied by the chain will trade at a discount to tenants such as Walmart that have a better (investment grade) credit rating.

However, net lease investors with a higher risk tolerance may feel comfortable investing in properties leased to discretionary tenants, especially if they’re located in a market with great demographics.

“If you’re a risk-averse investor, go with necessity tenants, and add in a discretionary retail on a case-by-case basis,” Adhav says. “A net lease investor has to be careful—no one wants to repeat what happened with Radio Shack.”

Source: “Mall Retailers Are Exploring Freestanding Sites. Are They a Good Bet for Net Lease Investors?“