The probability of a CRE finance disruption in the next six to 18 months is as elevated as it was prior to 2007-2008, writes CCIM Institute’s chief economist. 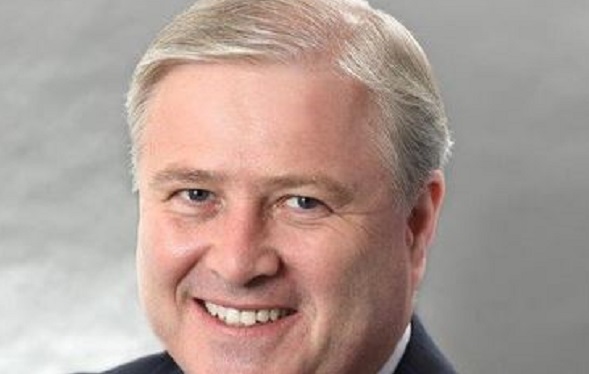 CCIM Institute Chief Economist K.C. Conway is not optimistic that the commercial real estate finance markets will continue to operate smoothly in the mid term. Rather, he writes in a recently-released white paper, the probability of a CRE finance disruption in the next six to 18 months is as elevated as it was prior to 2007-2008.
The question, therefore, is not if or when, but how this disruption will occur. To be sure, it may seem hard to envision how the currently robust CRE capital markets could come to a halt, but Conway posits that a confluence of events are poised to do just that. These include the advance of technology in CRE finance and regulations that are not keeping up with these advances, rising interest rates and the concentration of the debt markets. In fact, he writes, “there’s no shortage of possible disruptors right now — the aftereffects of the midterm elections, tariffs on $200-plus billion of imported Chinese goods and the third interest rate hike in 2018 by the Federal Reserve, just to name a few.”

There is also the risk that technology may grow too advanced for regulators’ tastes, he also theorizes.
At first blush it is clear that technology advances in both data analytics and property cash flow have delivered transparency to real estate finance, Conway says in his paper. Applications now range from sophisticated discounted cash flow software that can value and underwrite more complex lease structures to mobile apps that provide access to data anywhere.
Regulators, it would seem, would like these developments. For example, so-called Smart Finance can incorporate artificial intelligence to automate the underwriting and credit scoring processes, thus speeding up approvals and closings while also documenting regulatory records and preloading — all required information for annual Dodd-Frank-mandated stress testing.
But it is equally clear that some of these developments are moving beyond the purview of regulators. SALT (Secured Automated Lending Technology) is based on blockchain technology and allows cryptocurrency asset holders to use their digital assets as collateral for cash loans. It eliminates the need to liquidate holdings and is creating a digital asset-backed market. SALT is already in use in CRE, Conway writes.
So what will happen once regulatory and legislative bodies turn their attention to these new technologies? Conway believes the worse-case scenario is a time-out period while legislation and regulation catch up to the technology in the short term. The best case scenario is one where “both industry and regulatory bodies embrace the technology and the latter quickly establishes effective controls to mitigate damages when any unintended consequences rears its head.”

Another concern for Conway is the concentration of the debt markets. The contraction in the number of financial institutions over the past three decades, coupled with exponential growth in debt capital, has created a concentration the likes of which we have never seen in history, he writes. “Combine that with assets being priced for perfection at record-low average cap rates of below 6% and you have an environment with simply no margin for error.”
By: Erika Morphy (GlobeSt)
Click here to view source article.