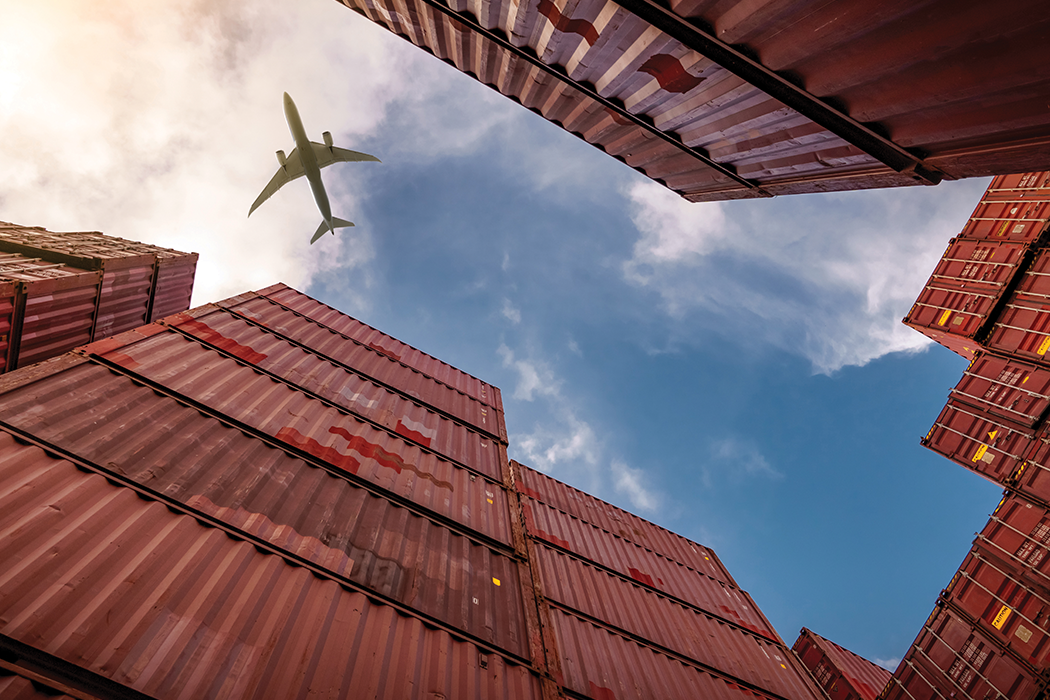 How Reshoring and Onshoring Can Make a Difference

Paul Danks, SIOR, president of the SIOR European Regional Chapter, is currently director of global corporate solutions for DeVono Cresa in London. He also spent 35 years operating in the industrial and logistics sector advising major European corporations. Lately, he has worked with his clients critically reviewing future options for sourcing, manufacturing, and distribution, considering options detailed in various research reports on the subject of onshoring and nearshoring. After years of tariff wars and the onslaught of COVID-19, the corporate world realized too late the fragility of supply chains.

“Over the last 12 months, the pandemic has exposed supply chain risk that was previously unrecognized or dismissed,” Danks says. He gives as an example this simple and little realized disruption that caused companies unexpected supply headaches. Most people don’t realize that over 50% of all freight is transported in the belly of passenger jets. When commercial flying virtually stopped due to COVID-19 fears, that caused an immediate disruption in the supply chain of certain items such as, for example, personal protective equipment, which was desperately needed by hospitals and medical staff.

Two key words have arisen as companies figure a way forward. First is the term “reliance,” which over the past few decades has meant a dependence on a single geographic source—mostly China—for manufacturing and raw material. “There has been a global recognition on the importance of decoupling single-source reliance,” says Danks. The solution, he maintains, is to onshore or nearshore some manufacturing and assembly away from China and Asia.

The second term is “resilience.” A just-in-time inventory system aligns suppliers with production schedules, which means a reliance on an efficient supply chain. As the pandemic revealed, supply chains are fragile so companies are taking action to increase the “resilience” of them. While cost remains a key factor, ensuring certainty of supply is now more important than ever before.

One suggestion has been a China-plus-one strategy, which means reducing risk while still taking advantage of lower labor costs in Asia. In regards to the United States, the “plus-one” can mean regional manufacturing centers across the country or nearshoring in Mexico. The advantages of these solutions being shorter distance to marketplaces, lower transportation costs, corporate technology dispersed through the United States, and the marketing advantage of having a product “made in America.”

SIOR Report spoke with specialists from three cities in the United States that at first glance would not seem to benefit from onshoring and learned that bringing back manufacturing can be beneficial in indistinct ways.

Florida is not considered a big manufacturing state, but onshoring has benefits, says John Steinbauer, SIOR, president of Steinbauer Associates Inc. in Miami. For example, raw materials and products that come more from Latin America than from China generally go through the port of Miami, “which is busier than ever. From an international standpoint we are getting materials and product, mostly from Latin American suppliers, and because of that we have gotten along fine during the pandemic,” says Steinbauer.

All that product and material sometimes has to be warehoused, which is an added benefit. Nevertheless, Steinbauer says, the industrial market in the state is good, but with a full recovery not expected to happen until 2022.

In 2019, prior to the pandemic yet in the midst of the Trump administration trade war with China, the North Central Illinois Economic Development Corporation, based about 90 minutes from the Chicago Loop in Oglesby, Ill., commissioned a study on value-added production in two important economic sectors: agricultural processing and metals fabrication. Then came the pandemic and both sectors were mentioned by the Biden administration as to be critical to corporate supply chains and should be reshored.

“These two sectors are important to us because we did a deep dive on costs, looking at our area versus competing locations in the Midwest,” says Mike Kirchhoff, SIOR affiliate member and CEO and president of the development agency. “Just in the agriculture and food processing sector, a company that chooses to locate here can save up to $2 million in its first year of operation. That’s before incentives are applied and based on a hypothetical facility with estimated usage in all categories, including work force, real estate, construction and taxation.”

Kirchhoff adds, “We feel those results were delivered to us at just the right time as companies began to consider rightsizing their supply chains, with a need to be partially domestic-based in terms of production.

North Central Illinois already boasted a large number of logistics facilities in the region, as well as food processing and metal production. That’s because three train lines run through the area; I-80 and I-39 cross in the middle of the region; the barge-navigatable Illinois River slices across the landscape; and not far away is Chicago’s O’Hare airport.

There is also a large project looking around the Chicago metro to build a food processing facility. An Asian company that wanted to build a multi-billion dollar project before the pandemic is expected to come back to make an onsite visit as the virus subsides. Another food processing plant of 150,000 to 250,000 square feet is already under construction.

With a nod to metal fabrication, one of the new electric vehicle companies has taken over the old Diamond Star Motors building in Bloomington-Normal, Ill.

The pandemic didn’t choke off new development everywhere, as was the case in the area where Marquis Energy erected a 100,000-square-foot tilt-up building to make hand sanitizer, or a commercial marijuana grower doubling its footprint.

“The pace of manufacturing site selection was not affected by COVID-19,” says Kirchhoff. “The industrial market continued unabated. “

What the pandemic illustrated was what happens when the eco-system of transportation breaks down.

Not much different than in another big logistics center, Dallas.

“We are extremely busy here,” exclaims Conrad Madsen, SIOR, CEO, co-founder and partner of Paladin Partners. “The Dallas Regional Economic Development Chamber is getting flooded with inquiries as companies are considering pulling manufacturing out of China and moving their operations back to the United States. Due to our ease of doing business, cost of living, central location and labor pool, Texas is the catcher’s mitt for many of these relocations.”

Madsen believes mostly expensive types of product—including pharmaceuticals—will be reshored back to the United States. As for the more inexpensive items, the biggest beneficiary to come out of COVID-19 will be Mexico.

“Due to China’s rising labor rates over the last decade, the cost of logistics, and the supply chain disruption that we had in the beginning of COVID-19, there’s a lot of talk about manufacturing nearshoring to Mexico from China.”

Madsen has also observed a lot of activity along the Texas side of the southern U.S. border, again from companies exploring moving operations back to North America. “The beauty of shifting to Mexico is, unlike China where your cargo is going to sit on a boat for upwards of 45 to 60 days and then sit idle in the Los Angeles harbor for another three to six weeks before the boat can unload, we are within a day’s truck drive from Mexico or a Texas border town. Your product can be in a final distribution center in the Dallas-Fort Worth area and then onto your final customer within a day.”

Currently, a lot of car parts, appliances, and electronics are assembled in Northern Mexico, but Madsen suggests the region is headed for a lot more economic diversification with other companies moving industries south of the border.

North Central Illinois wasn’t the only region to fund research highlighting the potential for manufacturing. Dallas-Fort Worth did as well, focusing on labor costs.

“There are a few manufacturing projects that we have leased in the last couple of years that, after they completed their labor studies, clearly pointed to DFW due to the abundance of our labor force,” Madsen says. “One is a Fortune 500 company that was in the market and it landed in Garland, Texas. The project was constructed by local developers and funded by Barings out of Chicago. A second deal was for a Canadian glass company that looked all over the United States for a place to build a manufacturing facility and they chose DFW just because of all the growth in the area and its central location.”

Even though DFW is known as a top distribution hub, the region boasts an incredible labor pool, which will generate more manufacturing opportunities. Indeed, all of GM’s Tahoes, Yukons, and Escalades come out of the company’s automotive plant in the region.

“We expect to see some spillover in regard to certain items made in Mexico, but the final assembly is here in Texas,” says Madsen. “I’m very bullish on onshoring and nearshoring over the coming decade. We got ourselves into a big pickle with the supply chain interruption at the beginning of COVID-19. Now these companies realize we should not be so dependent on China to be our only source of products and that just-in-time inventory does not work. So you will see more geographic diversity in regard to sourcing manufacturing and raw materials, and more inventory being stored in your distribution centers to eliminate supply chain disruptions.”