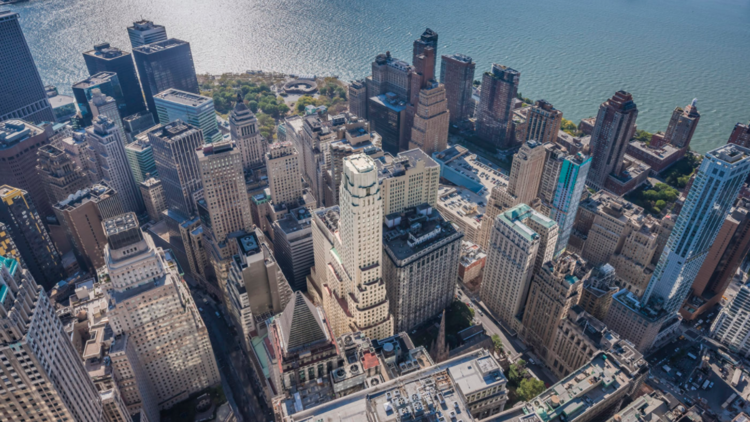 Editor’s note: This story is available as a result of a content partnership with the Financial Times. Subscribers will see stories like this every day on our website (and in our daily emails) as an added value to your subscription.

US bankers have warned about mounting risks in commercial real estate, with figures showing they are putting the brakes on loans to buyers of office buildings, hotels and shopping malls.

Executives said they were refusing to sign off on as many property deals because they were worried about overheating, even as they extend more credit to much of the rest of corporate America.

Marianne Lake, chief financial officer of JPMorgan Chase, said spreads — a measure of prospective returns — were “under a lot of pressure” in commercial property. She cited competition from insurers, government-sponsored enterprises such as Fannie Mae and Freddie Mac, and other non-banks. “We are selective, given where we are in the cycle,” she said.

JPMorgan’s latest quarterly results published on Friday showed its commercial real estate business had its slowest period for at least 10 quarters, with average balances flat from the previous three months.

Wells Fargo’s CRE loan book shrank by $2.5bn in the second quarter because of declines in construction funding and mortgages on existing properties. In contrast, its non-property commercial portfolio expanded by $1.9bn.

John Shrewsberry, Wells Fargo’s chief financial officer, highlighted risks in the retail sector, where pressure from ecommerce is pushing up store vacancy rates. “As lenders to landlords and developers, we have to be thoughtful about the prospects of tenants,” he said.

Competition across CRE was “as broad as it’s ever been”, from sovereign wealth funds to real estate investment trusts, Mr Shrewsberry said. He added that the terms of some deals “exceed what we think is a good risk-reward trade off”.

Default rates remain low but bankers are concerned that CRE loan terms are too loose, especially as the Federal Reserve’s interest rate rises push up their own funding costs.

Shares in Bank of the Ozarks, whose rapid expansion has helped fund a CRE boom in New York and other big cities, tumbled 10 per cent last week on concerns about its net interest margins and the impact of increasing competition.

George Gleason, chairman and chief executive, said the Arkansas-based bank would be cautious given “much more aggressive” competition on CRE deal structure and pricing. “If growth suffers because you’re being disciplined, then so be it.”

The concerns about CRE underwriting standards come as investors in US banks become more jittery about the effects of rising interest rates. While banks are raking in extra income by pushing up charges on several types of loan, recent earnings reports show their funding costs are also on the rise.

Lenders that are more concentrated on commercial property could feel particular pressure on margins, said Michael Rose, analyst at Raymond James. “You’re getting this pressure on the liability side, but at the same time these new CRE assets are not coming in at higher loan yields.”

Results from PNC, the sixth-largest US retail bank by assets, showed its CRE balances were flat in the second quarter compared with the first. “CRE remains challenged, as we continue to see fewer deals that meet our risk appetite,” said Robert Reilly, chief financial officer.

Tim Sloan, Wells Fargo’s chief executive, said CRE underwriting standards had been deteriorating “for some time”. He added, though, that the slippage was “nowhere near what we saw in 2006 and 07”, before the financial crisis.