What the Revised Census Numbers Mean for Multifamily Investors 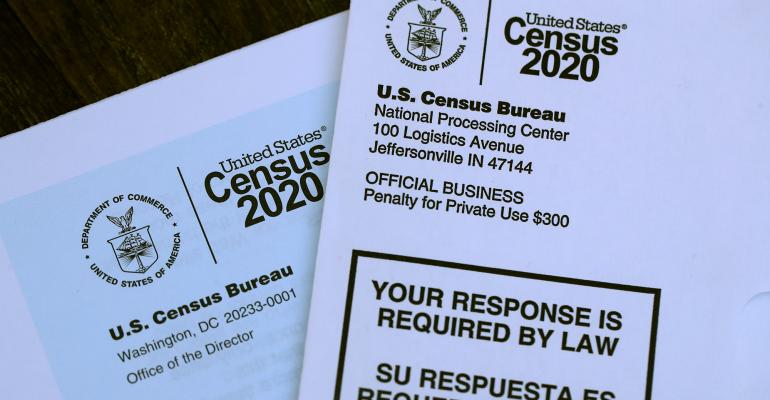 Recent revisions to the 2020 Census revealed that the population in the Northeast grew much more in the past decade than previous estimates had indicated.

During the coronavirus pandemic, stories abounded about Americans streaming out of expensive metro areas like New York City and San Francisco. Some moved in with roommates or returned home to live with parents. Others moved to less expensive places—especially the less expensive towns of the Sun Belt states.

Apartments investors have bet millions that the pandemic year was an aberration—and that expensive downtowns in gateway cities like New York will again attract new and returning residents to help fill the vacancies that opened up as well as the thousands of new apartments still rising in luxury towers in places like Manhattan and downtown Brooklyn. (There’s some evidence that this is already occurring, including with rents now on the rise in most markets.)

A further question is how the recent roller coaster aligns with longer term population trends. Economists and the annual estimates from the U.S. Census had been pointing to the populations in expensive, gateway cities like New York shrinking in the years before the novel coronavirus arrived in the U.S.—while cities and towns throughout the Sun Belt have been a steady growth trajectory for years.

But in a stunning twist, the revised estimates from the Census Bureau on the 2020 Census found hundreds of thousands New Yorkers missed by the earlier annual estimates.

But the population grew also grew steadily in the Midwest (3.1 percent) and Northeast (4.1 percent), according to May results. That’s a big change from the Census’ annual estimates, which had estimated the population in the Northeast grew by just 0.96 percent over that decade that ended in 2020.

The Census results are already controversial. “The 2020 results always are going to be questioned to some degree,” says Greg Willett, chief economist for RealPage. “The count began just as the spread of COVID became a problem, and that led to adjustments in data collection methodology. Field research was curtailed. Also, universal participation in the survey wasn’t encouraged by some within the government to the degree seen in the past.”

The news from the Census lands in the middle an uncertain time for gateway cities like New York. Bustling downtowns shut down during the coronavirus pandemic. Office workers across the U.S. worked from home. In the most expensive housing markets, these workers were suddenly free to move away to cheaper living situations.

“If you weren’t tied to New York because of your job, you could live in Nashville and get more for your money,” says Jeanette Rice, head of multifamily research, Americas, for CBRE. Others left expensive cities like New York because they simply lost their jobs in the crisis caused by the pandemic.

The question for real estate investors in these expensive, gateway cities is whether the pandemic was an aberration—or the culmination of trends that had been building for a long time. The Census Bureau had estimated that New York City shrunken by about 50,000 people in 2019, the year before the pandemic. That suggested the pandemic simply shook loose New Yorkers who may already have been ready to leave for someplace cheaper and sunnier.

The May news from the Census gives investors a fresh reason to hope cities like New York will keep growing after the pandemic, even if other places continue to grow more quickly.

Source: “What the Revised Census Numbers Mean for Multifamily Investors“