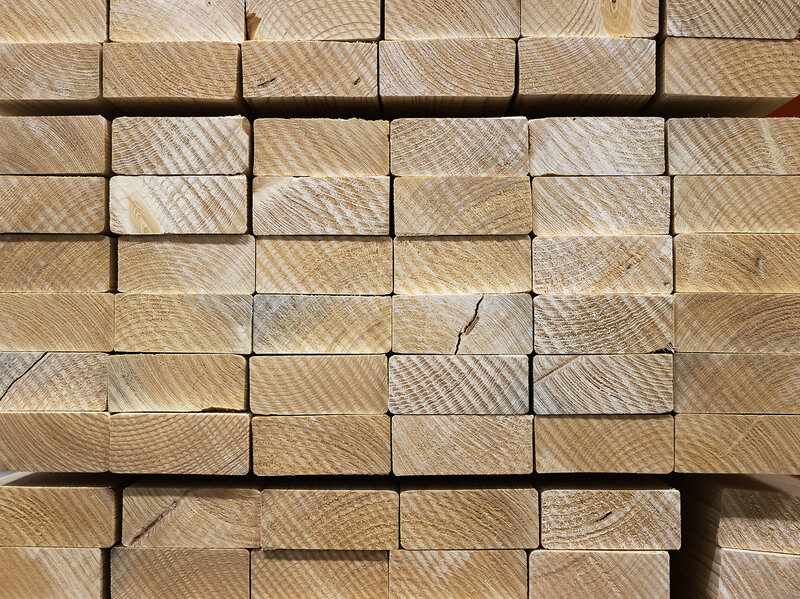 It’s been a roller-coaster ride for lumber prices over the last year – and it’s drawn outsize attention from the aisles of Home Depot to the Federal Reserve.

Lumber prices surged to record highs this year on the back of booming demand from homebuilders and do-it-yourselfers with plenty of time on their hands. The price surge was so big and sudden, it became a symbol of what some economists feared: rampant inflation.

But over the past two months, lumber prices have been dropping equally fast, giving weight to the central bank’s argument that pandemic price spikes for many products are likely to be temporary.

That’s not the end of the story, however. Lumber prices may have fallen, but they are still elevated, creating new headaches for the critical housing sector. And companies in the lumber industry are wrestling with a new pandemic problem: a shortage of workers.

Here are three things that the rise, fall and now volatility of lumber prices tell us about the pandemic economy.

Behind the great rise of lumber prices

The supply shock that sent lumber prices to record levels this year did not come from a shortage of trees: The price of raw timber has barely budged.

Instead, the lumber crunch was centered on sawmills, which cut round timber into square boards.

“You can think of us as the grain mill in the ecosystem of the timber industry,” says Ross Stock, a third-generation sawmill operator who runs Western Cascade Industries in Toledo, Ore.

In the early months of the pandemic, many sawmills shut down, both for health reasons and because they assumed demand for lumber would plummet.

Instead, demand took off. Stuck at home, Americans in large numbers began adding decks, repairing fences and even building treehouses.

A worker in Spanish Fork, Utah, assembles a truss for a home in May. Economists saw the surge in lumber prices as another example of potentially rampant inflation. Instead, prices fell.

Professional homebuilders also got busy, as rock-bottom interest rates and a desire for more space pushed demand for housing into high gear.

As a result, lumber prices soared — from $349 per thousand board feet in April 2020 to $1,514 this May, according to the trade journal Fastmarkets Random Lengths.

“It was absolutely an astonishing run,” Stock says.

That run in lumber prices sparked concerns about inflation as prices across a range of goods similarly jumped.

And then there was the great fall …

Since lumber prices peaked in May, however, demand has cooled sharply.

With vaccines rolling out and the impact from the pandemic easing, do-it-yourselfers have found other ways to spend their weekends.

“People are stuck at home less. They can go out and travel more. They can go out to restaurants and bars,” says Dustin Jalbert, a Fastmarket economist who follows the lumber industry. “In the home centers like Home Depot, Lowe’s, the wood volumes going through there have slowed substantially, especially for items like decking and fencing.”

Professional homebuilders are also tapping the brakes, in part because it’s taking longer to get appliances and doors and other building materials.

Florida homebuilder Chuck Fowke ordered windows for a house he was building in November. They finally arrived six months later.

“You have builders who have building permits that aren’t starting the houses,” says Fowke, who’s also the chairman of the National Association of Home Builders. “You have some that poured their slabs, and they haven’t gone any further.”

In the last two months, the composite price index compiled by Random Lengths has tumbled by 50% to $770 per thousand board feet.

“Prices like that that have moved up really quickly because of shortages and the bottlenecks and the like, they should stop going up, and at some point in some cases, should actually go down,” Powell told reporters in June. “And we did see that in the case of lumber.”

But for lumber, that’s still not the end of the story

Despite the recent drop in prices, lumber still costs about 80% more now than it did before the pandemic — a premium that builders say is adding tens of thousands of dollars to the price of a new home.

And the supply of lumber is still not growing very fast.

Sawmill operator Stock says building a new mill would cost tens of millions of dollars. He’s trying to boost output at his current mill, but like other in-demand industries such as restaurants and hotels, he’s now struggling to find workers.

Forecasters say lumber prices may have more room to fall. But price volatility creates its own headaches.

“The challenge right now for a builder is, if you’re asked to give someone a price for a home, it’s very difficult,” says Fowke, the Florida homebuilder. “We’re used to having prices change every six months or every 12 months. We’re getting price changes every two weeks.”

And even if two-by-fours are no longer propping up inflation, that doesn’t mean prices will return to their pre-pandemic wood floor. So lumber may continue to capture headlines as yet another example of a product upended by the unprecedented pandemic.

“It’s kind of like the price of gasoline,” says Jalbert, the economist. “Lumber has been the sort of poster child for these supply shocks that we’ve seen.”

Source: “What The Rise And Fall Of Lumber Prices Tell Us About The Pandemic Economy“