Why It's Time To Rethink The Open Office Design 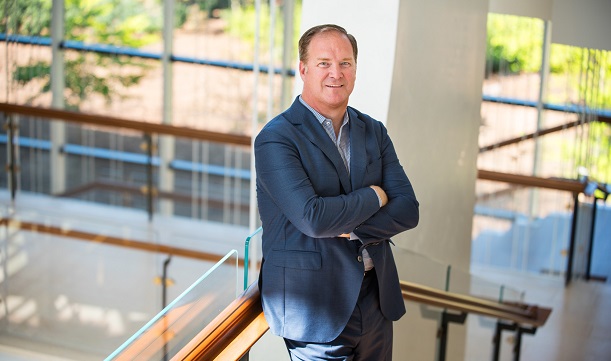 The open office concept, a hot design trend over the last 10 years, has now declined in popularity due to lack of privacy concerns plus the constant distractions that are part of an open environment. According to new research commissioned by Coldwell Banker Real Estate LLC and conducted online by The Harris Poll, three fourths of employees don’t mind working in open office spaces as long as there is access to private areas such as phone rooms or small work areas and if there is minimal noise and distraction.
“The open office began as a way to encourage a collaborative atmosphere,” says Charlie Young, president and CEO, Coldwell Banker Real Estate LLC. “Taking down cubicle barriers and bringing people out of closed-door offices was thought to be a way to encourage more face-to-face communication. With the rise of email and IM communication in the 2000s, open-offices were thought to facilitate in-person communication over electronic communication.”
What actually happened, he said, was that workers felt like they had no privacy. There was simply no space to have a private conversation.
The Coldwell Banker Commercial survey also found that employees consider private and quiet spaces more important than team-meeting spaces. Sharing workspace was also not as appealing as 52% are uncomfortable working in an open office with multiple employees officing in one workspace.
So how do current employers like their offices configured? People want offices with spaces for different styles of work as well as for a variety of employee functions. For example, the HR manager may need a private, quiet office for one-on-one conversations but a marketing manager may need a more open space for a quick huddle with her team, Young tells GlobeSt.com. Other stats:
•88% of employees indicate a preference for amenities such as on-site food options, parking and outdoor spaces. • The desire for parking was down from the 2017 Coldwell Banker Commercial consumer survey which found 64% of U.S. adults found enough parking helpful. This year-over-year decline perhaps indicates a change in commutes. • 37% would enjoy outdoor lounging spaces at the workplace.
Then there are the amenities that employees don’t necessarily want.
Most workers are looking for simple improvements that would make a big difference in their work experience, Young says.  “Our survey found that only 34% of adults thought a fitness club at their office location would be helpful. Similarly, only 31% thought a nap room would be helpful, and only 25% thought a recreational center would be helpful.” In short, these amenities might be nice perks in large offices for larger companies, but most office workers don’t see the real need for them, he says.
As office configurations transition it’s important for commercial building designs to accommodate a variety of working styles, Young continues. He notes that the survey found that 63% of Americans feel their office could better configure its physical space. “In 2019 we will continue to see a demand for offices that have versatile workspaces for a variety of working styles.  The open office isn’t dead it’s just evolving.”
By: Tanya Sterling (GlobeSt)
Click here to view source article.